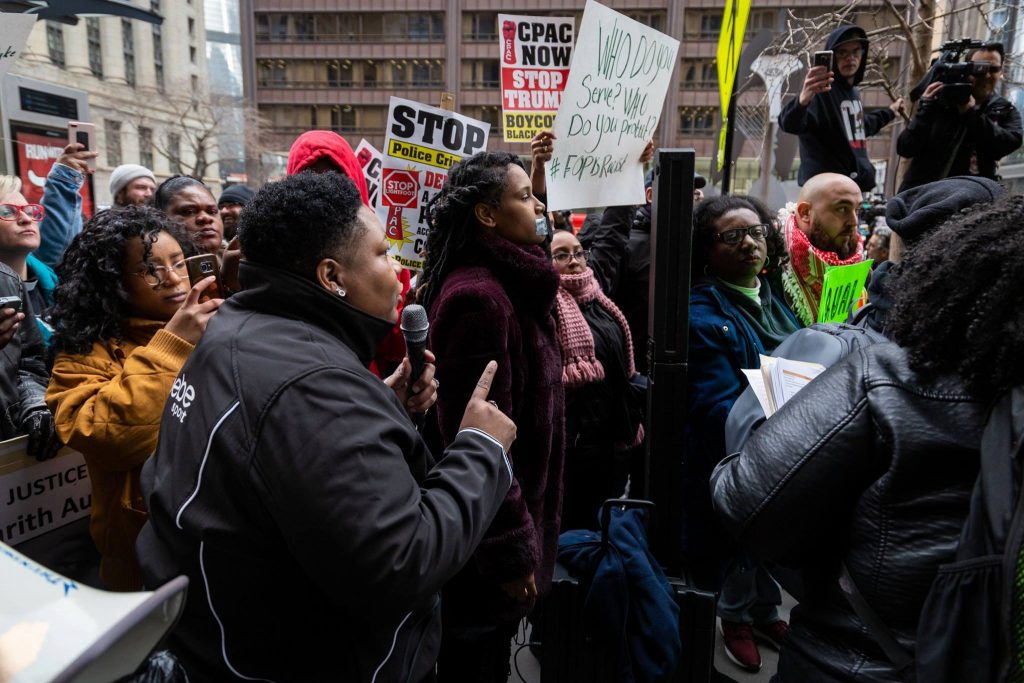 The People’s Lobby is a membership-driven organization of people across the Chicago region that work together to build widespread support for public policies and candidates that put racial and gender justice and the needs of people and the planet before the interests of big corporations and the very rich. Thanks in part to support from Voqal, The People’s Lobby was able to work with allies across the state to advance meaningful criminal justice reform.

The People’s Lobby organized a number of actions to move meaningful criminal justice reform forward. It shut down the Cook County Jail to protest limitations in bail reform. It also held a counterprotest where it supported allies organizing in opposition to the Fraternal Order of Police’s targeting of State’s Attorney Kim Foxx. In addition, it conducted an act of civil disobedience calling out the Fraternal Order of Police for its racist attacks on criminal justice reform. Finally, it worked with the Coalition to End Money Bond to launch its statewide campaign, starting with a convening in Springfield that 180 people attended. While all of these actions are key components to moving criminal justice reform forward in Illinois, the real power of this work comes from the individuals involved and the real-life stories of how current criminal justice policy affects them.

Individuals like Danna Richardson. Richardson is a member of Faith United Methodist Church, one of the religious congregations that works with The People’s Lobby. Her son Kenneth got his driver’s license suspended because he was convicted of a DUI, had gotten some tickets he couldn’t afford to pay and was behind on his child support. Unfortunately, his job wasn’t transit-accessible and he needed to work to make the money to pay off the tickets and get current on his child support. He was working on a payment plan with Child Support Services, and he had even paid off some of the tickets he owed, but he got caught driving while the suspension was still in place.

And instead of giving him the support he needed to continue getting his life back on track, prosecutors and judges put more roadblocks in his way. The court put him on home confinement with electronic monitoring. He could only leave the house during certain hours for work, and when his shift changed, he had no way to get in touch with the sheriff’s office to negotiate the schedule change and had to choose between losing his job and violating a court order. Armed police even invaded the Richardsons’ home in the middle of the night because the ankle monitor shorted out in the shower!

Thanks to The People’s Lobby, Richardson was able to share this story at a town hall with almost 100 people and State’s Attorney Kim Foxx. In addition, Richardson and her church have continued to play a leadership role in The People’s Lobby work to end mass incarceration and change the way prosecution happens in Cook County.

To achieve a truly socially equitable world, it is vital that all human beings are empowered to engage with society. The work of The People’s Lobby to not only advance progressive policy in Chicago, but also to ensure those with criminal pasts can pick themselves up and live productive lives is a perfect example of what is needed to make this possible. Voqal is proud to support organizations in Chicago like The People’s Lobby and looks forward to the more equitable and progressive landscape that will no doubt result from its work.