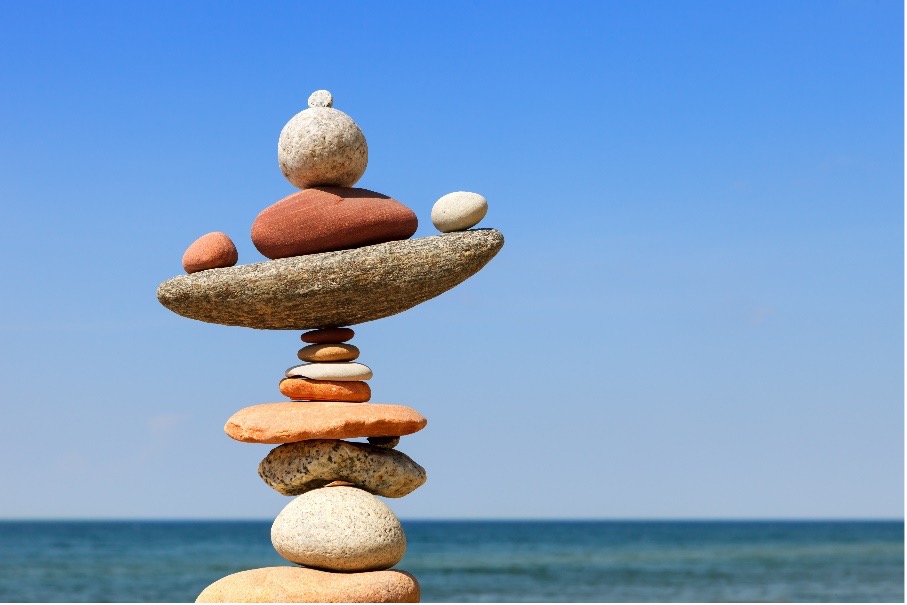 This week, Mary Coleman recalls a childhood memory sparked during conversations about disrupting toxic individual attitudes and organizational systems in her latest post in the #makingairwaves DEI Changemakers blog series.

Elle Woods from “Legally Blonde” is one of my favorite fictional characters. I could think of no other modern persona to better symbolize the freedom of living from the inside out.

If you are unfamiliar with the movie and its – in my opinion, better – sequel, here is a quick summary: Reese Witherspoon plays Elle Woods, a Californian blonde who applies and gets into Harvard Law School to win over a guy. While ridiculed and dismissed at first for being a speck of pink in a sea of brown cardigans, she eventually charms and disarms her peers and becomes the class graduation speaker. In the process, she also exonerates a client in a murder trial with her knowledge of hair care.

In the sequel, “Legally Blonde 2: Red, White, and Blonde,” Elle heads to Washington D.C. to pass a bill banning animal product testing. She first takes the advice of longtime Capitol Hill staffers and tries to appeal to lawmakers’ heads with statistics. When that does not work, she pivots and gathers stories about the lawmakers’ childhood pets to captivate their hearts. The bill passes.

I was an immensely insecure and shy teenager when I first saw “Legally Blonde” in theaters. I wanted to be anyone but me in most situations, following the lead of friends instead of choosing my own path. Then I met Elle, my complete opposite. She unabashedly handed out pink, scented resumes while I could barely bring myself to put a nerdy sticker on my binder.

Elle is successful in both films, not by donning a shabby sweater or black suit, but by leaning more into herself as a passionate, pink-loving firebrand. She never compromised herself, accepting defeat before conformity when the balance was tipped against her. I saw her as an agitator through and through, unphased by those around her. On the other hand, I internalized everyone’s words and behaviors rather than let them bounce off me. I wanted to be her.

In this week’s DEI Changemakers session, we talked about influencing those with rigid opinions within an organization, especially those with positional power. Practitioners and stakeholders from many backgrounds and issue areas shared their advice for collaborating with someone resistant to embed equity and inclusion in the workplace.

While their stories differed, they infused universal themes of needing to both know oneself and the motivations of others in one’s efforts. Each presenter implored the imperativeness to remain steadfast in your values and viewpoints in finding alignment with the principles of even the most stubborn adversary. In doing so, their experience shows that you connect with them on a level that allows for the transformation of heads and hearts for lasting, genuine change.

I thought of Elle in “Legally Blonde 2.” She tapped into her and the lawmakers’ shared love of dogs to empathize with animals in need of a loving home and not a sterile laboratory. She knew why she was not effective with numbers and charts. She lost touch with herself and did not even attempt to relate with those to whom she appealed. Realizing this error, Elle rallied the lawmakers with heartfelt communications interlaced with emotional petitions.

Now, 20 years later, I still want to be her. Or rather, be like her. I want to enter any situation and be candidly me even if I am standing apart from others. I do not mean being steadfast in my perspectives and never open to new possibilities. I mean recognizing that I will never know everything and that I must embrace my ignorance of topics and lead with curiosity as much as I strive to embody my values and lead with conviction.

Those values generally revolve around accountability, compassion, empathy, and reliability for those like me looking to build an equitable and inclusive future. When I negotiate a challenge, I behave and persuade toward my ultimate vision of a society with people’s wellbeing at the core. This is linked with also being open to changing.

Of course, these movies are perky, fictional accounts of very arduous, non-fiction processes – trying a murder case, passing a bill – that are not only toxic but downright harmful for many communities. The systems and their embedded biases active outside of a Hollywood soundstage can compound and overwhelm any passionate advocate championing their values on the best day. It is not as easy as wearing pink and researching a lawmaker’s first furry companion.

Or maybe it is. “Legally Blonde” is based on a book of the same title by Amanda Brown. Amanda wrote the fictionalized account of her time in law school. Apparently, she submitted copies to potential literary agents on pink paper and it stood out enough to get chosen for publishing.

That worked for Amanda. It would not work for me. Sure, it would still stand out. But it would not be authentic. If I did submit a book draft, it would be on paper with flower seeds embedded. This way, the words can sink into the soil and blossom anew once someone has finished reading.

We need charismatic personalities as much as we need the cranks. Just as we need all the carpenters, cooks, cashiers, counselors, computer scientists, and curators. This certainly is not revolutionary, as many cultures speak to the need for universal balance. Yin and yang. Good and evil. Light side and dark side.

What we need to figure out is a way to make space for the balance to truly exist and not be skewed in favor of any population or geography based on cultural, political, and historical context. I do not have an answer, and I think there will be many solutions to this challenge. What I do know is that we need to start now, and we need to start with everyone.

We need everyone leaning into their talents and skills to design new systems and processes that center people through equitable access and inclusive spaces. What one person envisions can be greater with input from another, and so on.

One of my favorite creative projects is HITRECORD, started by Joseph Gordon-Levitt. The platform allows artists of any media the ability to share their work and build off the contributions of others. For example, someone posts lyrics. Then, someone else illustrates them. Then, yet another person puts it to music. And then the illustrations get animated. What started as words on paper is now an interactive music video.

Without the vulnerability to let others interpret their art and the humility to relinquish control over how those interpretations manifest, these artists would still produce beautiful pieces (the song above is a wonderful tribute to our universe without additional embellishments). However, with the added layers of imagination from peers just as invested in the outcome, the pieces become more than beautiful. They become imposing, illustrative, and profound.

In projecting myself into the world, I always think about how my thoughts, words, and actions affect others as much as how they affect me. I do not believe we will achieve equity in any substantial, societal way if we only center ourselves. This does not counter the need to be yourself. It is about being thoughtful and looking at the big picture with all its possible outcomes before acting.

I would want others to extend that courtesy to me. Elle did not compromise herself in any situation, yet she also did not marginalize or put down others along the way. She appreciated who they were as much as she appreciated herself and allowed everyone to see themselves in the solution. She led with wonderment and used her energy to find common ground, not make enemies. If more of us did that, I bet it would be a remarkable world.

Interested in reading more reflections inspired by Mary’s participation in the DEI Changemakers program? Check out parts one, two, three, four, and five of the series