Putting Fair Elections on the Agenda in New York State 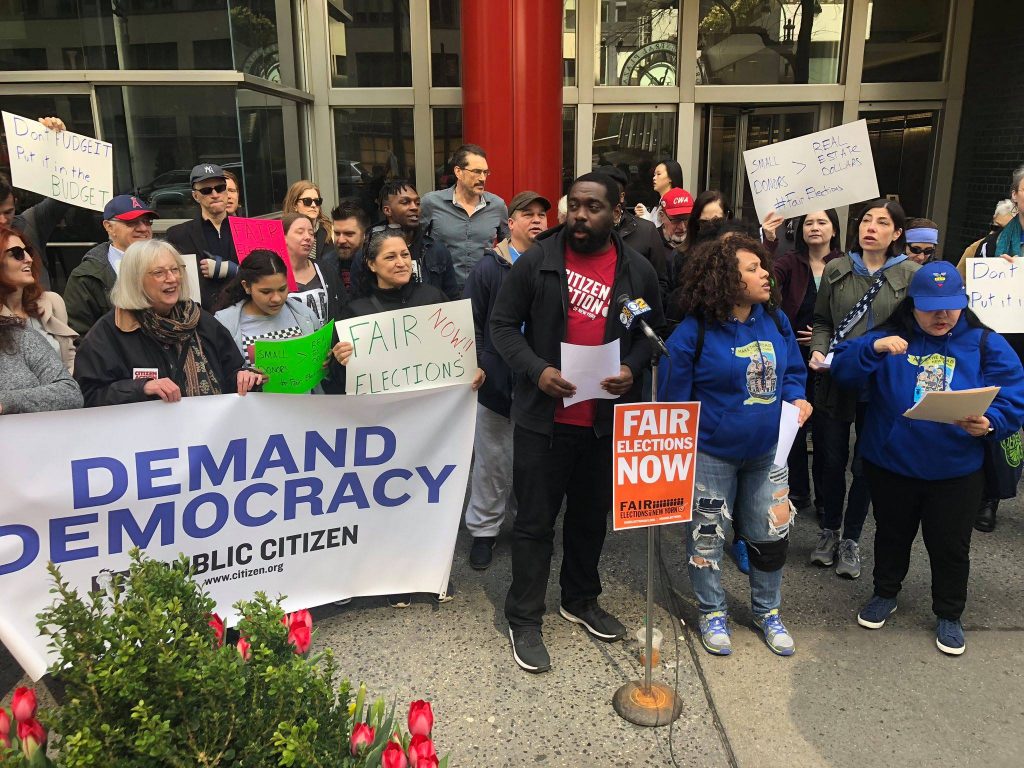 Citizen Action of New York fights for social, racial, economic and environmental justice. It wins campaigns that directly impact people’s lives, builds the infrastructure to develop more power and works to change hearts and minds across New York state in order to spread its vision and change what’s possible to win. Thanks in part to support from Voqal, Citizen Action of New York created a coalition that moved Fair Elections from an issue “not on anyone’s agenda” to the most talked about issue of the New York state budget.

In fact, Citizen Action of New York helped build a coalition of over 200 groups that convened weekly to elevate Fair Elections to a major issue in New York. It provided easy steps that could help, but also made available ample tools and materials online to let groups create their own approach. The distributive organizing model proved wildly successful, which was made apparent by the many actions and rallies not planned centrally.

Perhaps the most powerful aspect of the Fair Elections campaign was the intersectional organizing Citizen Action of New York engaged in with the Housing Justice for All campaign, both locally and statewide. As the rent laws were up for renewal at the state capitol, Ulster County residents and tenants across the state called out the powerful, monied influence of big real estate and landlords that had dominated campaign finance and pushed anti-tenant legislation for decades.

The two campaigns intersected throughout, but organizers statewide also linked the need for a small donor public financing system to the housing crisis that so deeply impacted the lives of tenants across the state, particularly in New York’s communities of color, as they cultivated grassroots leaders’ support. Tenants joined the fight for Fair Elections at nearly every event — actions, lobby visits and press conferences — to uplift the voices of those most directly impacted.

While the fight for Fair Elections is not over, organizations like Citizen Action of New York and its many partners give us hope that the dream of getting big money out of elections is not only a possibility, but also a likely one. Voqal is proud to support this work and looks forward to continued efforts in New York and across the country to implement policies that ensure everyone has an equitable voice in our democracy.