Responding to Crisis with Digital Organizing 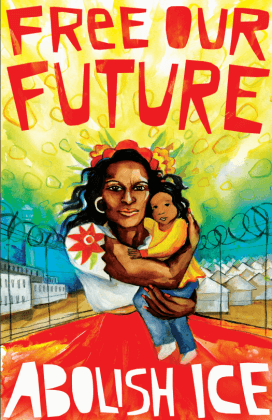 Mijente is a digital and grassroots hub for Latinx and Chicanx movement building and organizing. With support from Voqal, Mijente continued to strengthen its existing digital infrastructure and used new tools to more effectively engage its constituency in response to new threats to the community.

While the crisis at the border was not something anyone anticipated, Mijente’s digital infrastructure allowed it to mobilize quickly and join allies across the country in speaking out for those being persecuted.

On July 2, it held its largest action to date, counting on the support of hundreds of allies who on a moment’s notice flew delegations to San Diego to protest Operation Streamline – a process in the federal immigration court system that prosecutes mass numbers of migrants at a time, and that was set to expand to San Diego.

The action enabled Mijente to make an important intervention in the immigrant rights community by drawing a clear connection between criminalization and mass incarceration and broadening the focus from children to the entire population of undocumented migrants who were being detained. In this way, it exposed the need to address and concentrate attention on the federal prosecutions and the criminalization of migrants.

In addition, it deepened the #AbolishICE rallying cry with the release of the Free Our Future policy platform, which explicitly laid out the various elements needed to dismantle immigration enforcement and eliminate the criminalization of migrants.

While the past year posed many challenges for the Latinx community, Mijente has enabled its members to rise up and defend their rights. The innovative work to create a digital community of Latinx and Chicanx activists across the United States is vital to creating the more socially equitable world envisioned by Voqal. We are proud to support these efforts and look forward to the brighter future Mijente will no doubt help create.