Restoring the Right to Vote in Florida 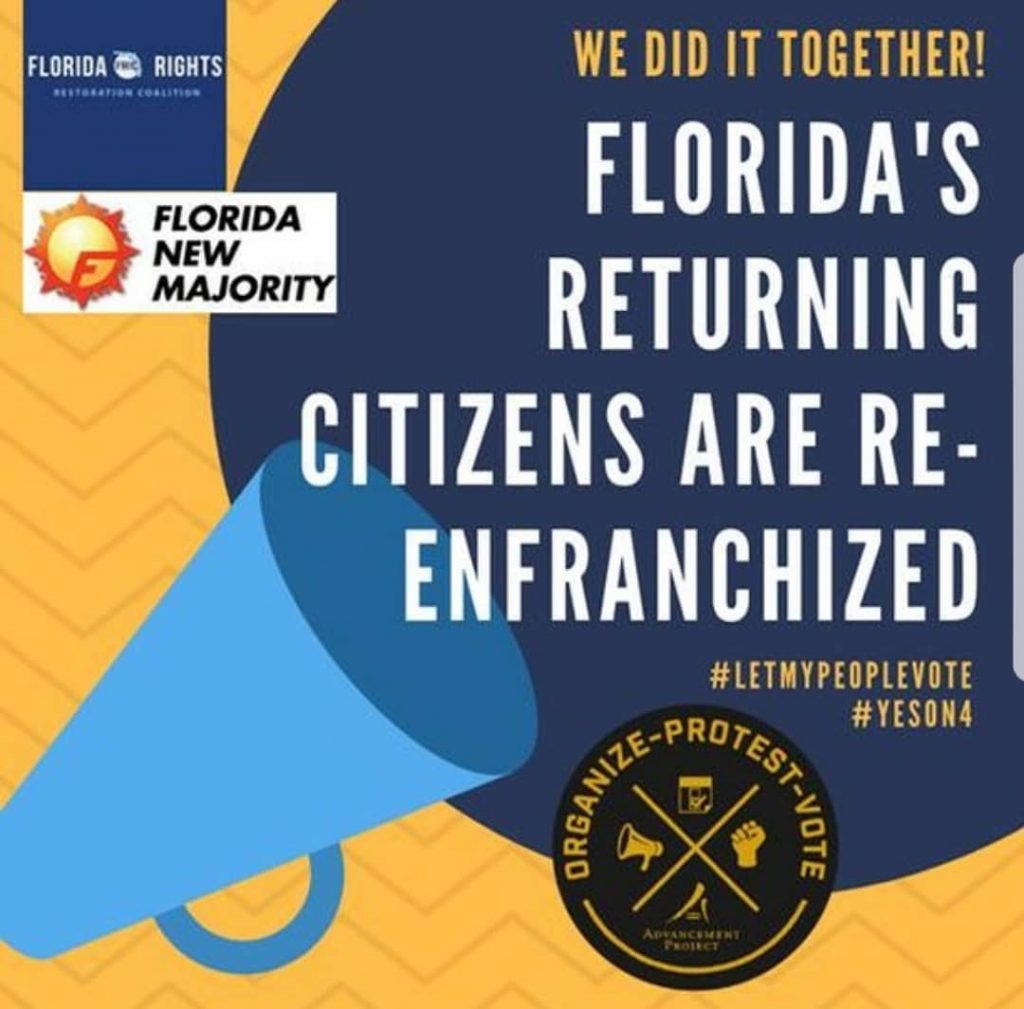 New Florida Majority works to create an inclusive multiracial, multilingual and multicultural movement that seeks to unite people across economic, racial, religious and gender lines through a shared love of a democracy that serves all. It centers federal, state and local legislative conversations and policies around those who have been historically kept at the margins, disengaged with civic institutions and convinced that their participation doesn’t matter. Thanks in part to support from Voqal, New Florida Majority and its partner Florida Rights Restoration Coalition, were able to build a movement that ultimately passed the Voting Rights Restoration for Felons Initiative (Amendment 4), which restored voting rights to Floridians with a felony on their record.

In order to achieve this historic victory, New Florida Majority and Florida Rights Restoration Coalition conducted voter education work, gathered volunteers and held culturally-relevant events. It also created innovative and powerful digital content that raised awareness of the importance of restoring the right to vote to 1.4 million returning citizens, who were formerly banned for life by the state’s Jim Crow-era Constitution.

New Florida Majority’s voter education work and outreach successfully highlighted the importance of Amendment 4, despite the fact that it could have easily been lost on an extremely long ballot. This coupled with the organizations’ focus on sustained nonpartisan organizing, agile messaging and savvy engagement of, and leadership by, directly impacted people and the faith community were key to the eventual passage of the amendment.

New Florida Majority and the Florida Rights Restoration Coalition efforts to enfranchise the disenfranchised is a perfect example of what is needed to create the socially equitable world envisioned by Voqal. While recent actions by the Florida state legislature are threatening to undermine the historic victory represented by Amendment 4, we aren’t worried. With organizations like New Florida Majority and Florida Rights Restoration Coalition continuing the fight to ensure all Florida residents continue to have a voice, the future of the state is looking bright.