Voqal Fellows in Action: Lessons from Launching an Organizing Tool During the Pandemic 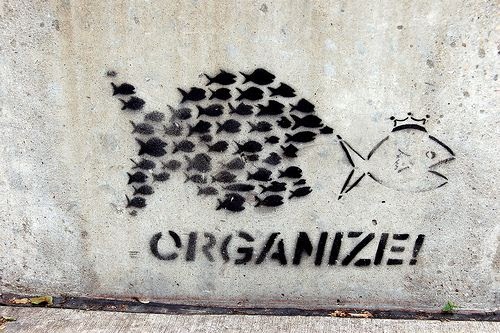 Below, former Voqal Fellow, Kedar Reddy, shares some lessons learned from launching his project, Organiz, in the middle of the COVID-19 pandemic.

Organiz is a social media toolkit solution for progressive campaigns and organizations. Have rapid response demands to amplify? Disinformation to counter? Put up a campaign on Organiz with graphics and sample posts and easily collaborate with partners and members to trend your narratives on social media.

“Consider the white-bellied/short-snouted dolphins(Lagenodelphis hosei), who travel in groups of hundreds, sometimes thousands and welcome several “other species” of dolphins and whales to swim and eat in community. The only requirements to be part of this massive oceanic family are that you gotta be willing to dive deep, because they eat a thousand feet below the surface, and flock because they collectively change direction abruptly to keep humans from following them, and also move thousands of miles to stay current with the ocean.” — Alexis Pauline Gumbs from Undrowned, Black Feminist Lessons from Marine Mammals

When we first started throwing around names for Organiz, we kept coming back to this image of a pod of smaller fish organizing themselves into the shape of a giant fish set to eat their own predator. It’s a powerful metaphor, and we certainly gravitated to its core idea: synchronized collaboration. As organizers working in South Asian American communities, we were having a difficult time countering propaganda and hate speech used to normalize the creep of Hindu fundamentalism in the United States. We knew first hand the importance of collaboration and coordination amongst grassroots groups.

We started Organiz to help us get coordinated. To pod up more efficiently. Because getting together like-minded activists at 9:00 in the morning on a Friday to amplify a Twitterstorm is not always feasible. We need to care for ourselves, and those in our immediate sub-pods before we can show up for the larger pod. We launched Organiz’s Minimum Viable Product (MVP) in the late summer of last year with our core feature: the auto-scheduler. Once scheduled, posts in a campaign automatically go out on Twitter over a span of a few hours mimicking the mechanics of a manually coordinated Twitterstorm, which is to say tweeting profusely over a short period of time to trigger Twitter’s algorithms to classify your topic as trending. Since we launched, we’ve had over 12 campaigns on Organiz, the largest of which had over 200 participants. Below are three lessons we’ve learned from these first tests.

Lesson One: When organizers and members work together, they create stronger pods.

39 participants scheduled 71 tweets as part of People’s Bailout campaign to demand stimulus checks for all at the end of 2020. Not only were we impressed by the 16,400 impressions earned by the tweets, but the quality of the stories that people shared of how the stimulus checks could make a difference for them and their communities were equally excellent. We had intentionally decided to allow participants to add their own voice by focusing our tweet creation flow not around sample tweets but around prompts that would get people thinking. And it worked. Participants weren’t simply copying and pasting language crafted by organizers, but instead were earnestly responding to prompts designed to elicit their perspectives to support the demands of the campaign.

One of our early campaigns was in support of Aarica Coleman’s (a fellow Voqal fellow!) run for Minnesota State Senate. It was in this campaign that we realized the potential for Organiz as a forum for candidates and elected officials to interact with their constituents. The pandemic forced town halls with our representatives to retreat into isolated phone calls mainly spent conversing with automated systems. But preparing for a telephonic town hall with an Organiz AMA (ask me anything) can help elected representatives better understand the issues and concerns at the forefront of their constituents.

Lesson Three: A pod of tweets is not as powerful as a pod of people who tweet.

Mijente’s campaign demanding accountability from Palantir on the eve of it going public broke everything at Organiz. We had to upgrade our infrastructure across the board — from our mailing list provider to our analytics platform. 200 participants scheduled tweets for this campaign, but many more didn’t because our mobile version wasn’t quite ready. When it came time for the tweets to go live, Twitter blocked us. By the time we resolved the issue with Twitter and sent out the tweets, campaign participants weren’t aware they had gone live. This is when we realized the importance of spacing out tweets to give time for folks on Twitter to engage with the tweets. Along with sheer tweet volume, engagement in the form of likes, retweets, and comments on those tweets is another important signal for Twitter’s trend identifying algorithms. We have since built a mobile version of our platform and an email notification system to let participants know to come out on Twitter and engage with the live tweets.

Over the last six months, we’ve made our platform more scalable. We’ve made many tiny adjustments and feature additions as we learn with each new campaign. For future iterations of Organiz, we want to dive deeper as a team to figure out what it means to facilitate deep collaboration between campaign members, for collaboration lies at the heart of collective, grassroots power. Summarizing scientific understanding of why pantropical spotted dolphins travel in mobile interspecies collectives consisting of other dolphins, yellowfin tuna, and seabirds, Alexis Pauline Gumbs says, “Knowing who they’re with helps them know where they’re at and where they want to be.”

If you are an organizer or know of an organizer that would find Organiz useful, please use this link or pass it along to schedule a demo with us. We are especially excited to work with Voqal grantees and fellows!