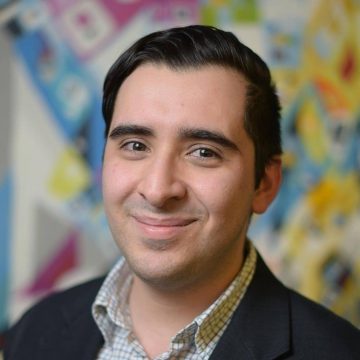 Antonio Garcia comes from the intersection of tech and immigrant advocacy. He believes in empowering communities through education and civic engagement. He is the founder of DACA Network, a professional network for undocumented immigrants.

Deferred Action for Childhood Arrivals (DACA) is a government program that protects certain young undocumented individuals from deportation and provides them with work authorization. It has benefitted 1,267,834 undocumented young people across the U.S. Despite this change, DACAmented individuals still face many obstacles in terms of finding gainful employment because of cultural and legal reasons. During the Fellowship, Garcia plans to use his web development experience to build a centralized professional network which will connect DACAmented job seekers to understanding mentors and job providers who are well-equipped to onboard them. 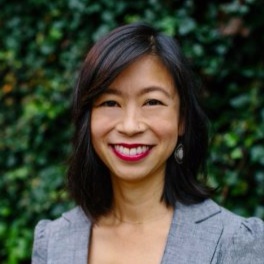 Catherine Huang (Cat) is a technologist that has over 15 years of experience in building media, membership, narrative and advocacy platforms. Prior to joining OUR Walmart, she led a team of technologists at Citizen Engagement Lab (CEL) in the creation and implementation of digital platforms and tools for progressive advocacy groups, including ColorOfChange.org, MPowerChange.org, and Ultraviolet. At CEL, she also helped bring together a network of technologists to build technical capacity for the progressive movement through the OPEN US collective.

Prior to CEL, she spent a decade in public broadcasting, contributing to the development of a new digital membership platform which brought in over $10 million in revenue, migration into cloud infrastructure and open source frameworks, and content redistribution from traditional broadcast platforms to digital media. In a former life, Cat worked as a youth advocate for the YWCA in San Francisco’s Chinatown, a development associate for the National Resources Defense Council, and a software engineer for two of Silicon Valleyʼs leading cryptography companies, RSA and Certicom. Cat received her Master of Arts in Computer Science from Mills College and her Bachelor of Arts in Psychology from Oberlin College.

Cat’s project, WorkIt, will use technology (assisted AI, cloud computing, messaging and mobile apps), peer networks, legislative information and company policy to provide real-time workplace information and support to people working in low-wage jobs. Workers will be able to use WorkIt to connect with one another around shared experiences, access hard to understand and often decentralized information about their rights as workers, collectively strategize to create significant change to remedy income inequality, establish workplace security and hold corporations accountable to their workers. 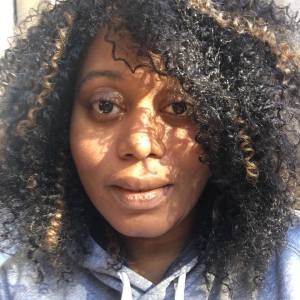 Tenaja Jordan is a career nonprofit professional with over 10 years of experience in nonprofit organizational development. She most recently served as Social Sector Outreach Manager at Foundation Center, where she oversaw a national webinar program. Prior to that, she was a center director with the YMCA of Greater NY, served in management roles at the Center for Alternative Sentencing and Education Services (CASES), Fortune Society, and lead project management efforts at several New York nonprofits.

She came into the nonprofit field inspired by personal experiences and has spoken and written about them in such venues as New York magazine, Colorlines magazine, Blavity, and the New York Women’s Foundation’s annual Celebrating Women Breakfast. Tenaja served on the board of directors of the Hetrick Martin Institute: New York from 2009-2014, is a founding board member of the Hetrick Martin Institute: New Jersey, and regularly volunteers with local human and social services nonprofits. She holds a B.A. in interdisciplinary studies from CUNY York College and earned her master of public administration degree from the CUNY Baruch College School of Public Affairs’ Executive Program.

In 2017 Tenaja launched her project,  MySeedofChange.com. Tenaja aims to build content and virtual community for active and aspiring changemakers in marginalized communities. 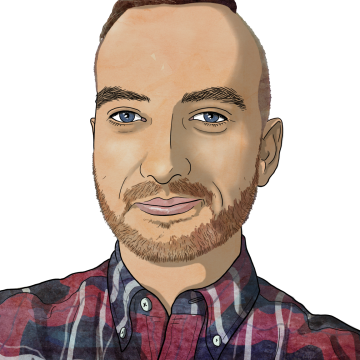 Jeremy is a Co-Founder and the Chief Executive Officer for Mountain Tech Media, which pretty much just means he’s always busy juggling multiple projects. He has spent all of his adult years traveling the world, meeting new people, and following new opportunities. This open spirit encouraged him to take a chance on a startup tech and design company in Appalachia.

Jeremy is from southeastern Kentucky, and has always been most interested in people. This interest earned him a Bachelors of Arts in Sociology from Berea College and a Masters of Science from Eastern Kentucky University. Now he spends most of his days focused on creating jobs in the digital economy for his home region.

Jeremy’s project, the Upload Appalachia Project, is a social justice initiative that aims to educate and train youth in the central Appalachian region in the areas of video production and website design, while also allowing them to share the stories of the underserved people in the region. This project will produce four short films that highlight established and sustainable programs or projects underway in the Appalachian region (a few were mentioned recently by The New York Times). In addition, the Upload Appalachia Project will also create a youth media platform that will host these short films and solicit films from other youth media groups across the country to raise awareness for the good works occurring both regionally and nationally. 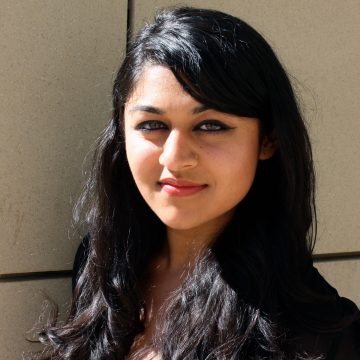 Reetu is a dancer, writer, lawyer and organizer. She is a currently a Campaign Manager for presente.org, the largest Latinx digital organizing platform in the country. She was a former public defender in Nashville, Tennessee as a Gideon’s Promise Fellow. She received her Master of Public Policy at the Harvard Kennedy School of Government, where she was the Program in Criminal Justice and Policy Management Summer Fellow, Carr Center for Human Rights Summer Fellow and the Keta Taylor Colby Fellow for Death Penalty Law. Her thesis research was used to support the Ella Baker Center for Human Rights publication: “Who Pays? The True Cost of Incarceration on Our Communities.”

She also received a Juris Doctorate from the University of California, Berkeley, School of Law (Boalt Hall), where she was awarded the Francine Diaz Award for Social Justice. During law school, Reetu worked at the Contra Costa County Public Defender’s Office, the Death Penalty Clinic, the Capital Post-Conviction Project of Louisiana and the East Bay Community Law Center’s Youth Defense and Education Clinic. Prior to graduate school, Reetu was a community educator and organizer for a domestic violence agency, developing a prototype statewide curriculum on violence, gender identity, sexism, patriarchy, and racism for California youth.

Reetu has advocated and organized at the intersection of racial, economic, criminal, and immigration rights. Reetu’s understanding of the world has been deeply influenced by her family and South Asian ancestry, organizers willing to share their experiences, growing up in Concord, living in South America and Africa, and from the experiences and voices of the young people, people of color, and other systemically marginalized yet resilient communities with whom she has worked and belonged. Reetu works to ensure that people are seen as whole, multidimensional and nuanced as systems of oppression try to replace their wholeness with one-dimensional caricatures. In that light, whether as a classical Kathak dancer, a folk dancer, a performance poet, a former performer, director and producer of Vagina Monologues, or a former Yerba Buena Center for the Arts Freedom Fellow, Reetu believes that art, performance and rule-bending create the pathway for liberation.

Mody’s project, Movement Alchemy: Melding Digital and Grassroots Organizing is a digital organizing platform that allows organizers from all over the country to connect with each other and start their own campaigns on issues affecting the Latinx community. 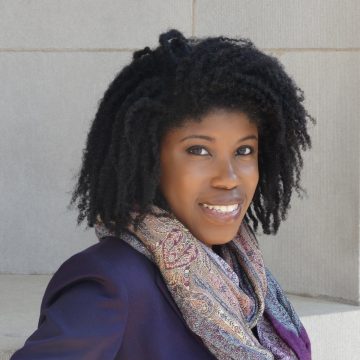 DeShuna Spencer is CEO of kweliTV, a video streaming network dedicated to the stories and culture of the global black community, and radio host of emPower Hour on DCʼs 89.3 FM WPFW. Previously, she served as publisher of emPowermagazine.com where she launched the emPower Players Awards honoring community activists of color. Before becoming an entrepreneur, Spencer served as Director of Communications & Managing Editor for EdMarket, where she ran the department and all media properties from its award-winning magazine, e-newsletters, social media, ad sales, video initiatives and budget.

A Memphis native, Spencer graduated from Jackson State University where she studied communications and journalism. She has written for The Clarion-Ledger, The Oakland Tribune, the Crisis Magazine, AOL and the Washington Examiner. A former AmeriCorps VISTA and Chips Quinn Scholar, Spencer received the 2012 40under40 recipient from The Envest Foundation. In 2014, Spencer was honored with the “Who’s Got Next” award by the National Action Network. She was also the 2014 winner of Unity Journalistʼs NewU Start-up Competition. Spencer recently completed her first documentary, Mom Interrupted. She is a Spring 2017 Halcyon Incubator Fellow.

Spencer’s project, kweliTV is an interactive, on-demand and live streaming video network dedicated to the stories, issues and culture of the global black community. It offers indie films, web shows, documentaries and news programming of the entire African diaspora. Its mission is to change the perception of how black people are portrayed in media.