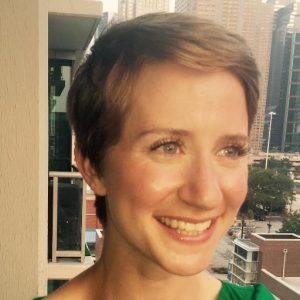 The Voqal Fellowship is an investment in a new generation of social entrepreneurs. Fellows receive financial resources and mentoring to help bring an early stage idea to life. The Voqal Fellowship is an opportunity for young innovators to test assumptions, research target audiences and build strong business plans. This week we take a look at one of those fellows, Laurel Wamsley.

Laurel is a journalist based in Washington, D.C., where she is a producer at National Public Radio (NPR). She previously worked and reported for Slate, Outside and the Prague Post. Before returning to NPR in late 2015, Laurel worked at technology companies in Austin and Chicago. Her interests include cities, design and soccer. Laurel has a B.A. in History and Political Science from the University of North Carolina at Chapel Hill, where she was a Morehead Scholar, and an M.A. in Media Arts & Studies from Ohio University, where she was a Public Media Fellow. She has received fellowships from the Fulbright Commission, the Journalism & Women’s Symposium and the Center for Documentary Studies. She is a native of Athens, Ohio.