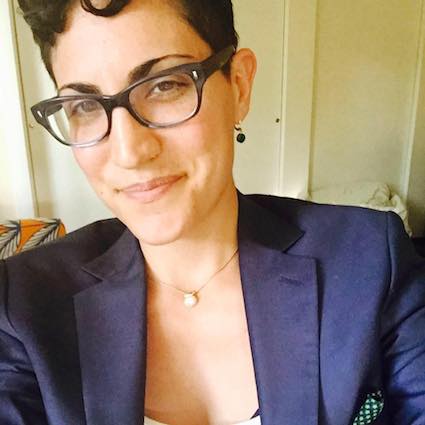 The Voqal Fellowship is an investment in a new generation of social entrepreneurs interested in launching their next “big idea” aimed at increasing equity for those who are least well off politically, economically and/or socially. This month we look at 2018 Voqal Fellow Shira Frank and her project, Maiden.

Frank’s project, Maiden, creates a more intelligent economy by diversifying the leaders, makers and culture of blockchain technology. In the coming five to ten years, blockchain technology is likely to dominate the global economy providing a chance to introduce entirely new leaders and to shift the balance of who has access to financial resources.

Maiden carries out its mission through two major initiatives. The first is blockchain education. This project teaches modern cryptocurrency investment and development skills to women, people of color, LGBTQ+ people and others who have not traditionally had access to wealth. The second effort is focused on culture and leadership. It aims to create new spaces in tech and finance that tap into the power of multiple identities and intelligences.

Frank brings over 15 years of work in politics, social change, women’s philanthropy and fundraising to her role as co-founder of Maiden.

Frank spent seven years as a deputy director for J Street — the single-largest pro-Israel PAC in the United States — working to transform the way Congress and the Executive Branch engage in the Middle East and to promote the creation of a two-state solution to the Israeli-Palestinian conflict. During Frank’s tenure, J Street partnered with the Obama Administration to successfully push the Iran-Nuclear deal through Congress and prevent a war with Iran.

Frank holds a degree in Government and Political Theory from Smith College. She hails from the Redwood Coast of Arcata, California and after spending eight years in the nation’s capital, she recently found her heart back in the wild west where she is currently living in Boulder, Colorado.