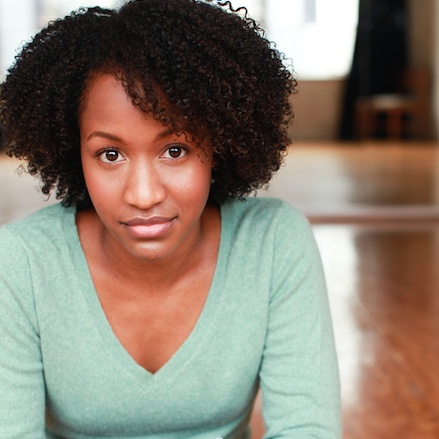 Voqal knows that taking risks with innovative, progressive ideas is necessary to advance social change. It was with that idea in mind, that we created the Voqal Fellowship, an investment in people as individuals and budding entrepreneurs; a talent accelerator aimed at giving those often overlooked by traditional funders a chance to enact their visions at center stage. This month we begin our celebration of the latest cohort of the program, with a spotlight on 2021 Voqal Fellow Christina Dawkins and her project, Mapping Modern-day Slavery.

Dawkins’s project, Mapping Modern-day Slavery, will reach women and girls who are Black, Indigenous, and people of color by producing an interactive system map of modern-day slavery in the U.S. By employing systems mapping to represent modern-day visually; as well as participatory action research to populate a free, online resource; organizers and activists will have a new tool to connect systemic racism to modern-day slavery, as well as a method for connecting each form of slavery to the others.

Dawkins has spent her career advancing human rights. She founded A4Abolitionist, a social justice consultancy to advise artists and educators advancing justice for the most vulnerable populations, and the Abolition Project, an organization that produces collaborative art and education projects to combat modern-day slavery.

Dawkins specializes in human trafficking, punitive incarceration, and immigrant detention. Dawkins has over 10 years of experience in higher education, developing programs, teaching courses, and advising students. She became the founding program manager of the Justice-in-Education and Public Humanities Initiatives, in addition to founding the Lang Prison Initiative, the first in-person college program at Metropolitan Correctional Center in New York City.

Dawkins honed her program design skills at institutions such as Columbia University and The New School, designing and implementing social justice projects. She developed curricula and workshops for Creative Time, the Oxford Consortium for Human Rights, Harvard University, Brown University, and the New Jersey Performing Arts Center, to name a few. She holds an M.A. in Human Rights Studies from Columbia University and a B.A. in Communications from Northwestern University.

Dawkins is one of the eight individuals who are embarking on this year’s Fellowship journey. Learn more about the program and the other Fellows on our fellowships’ page.