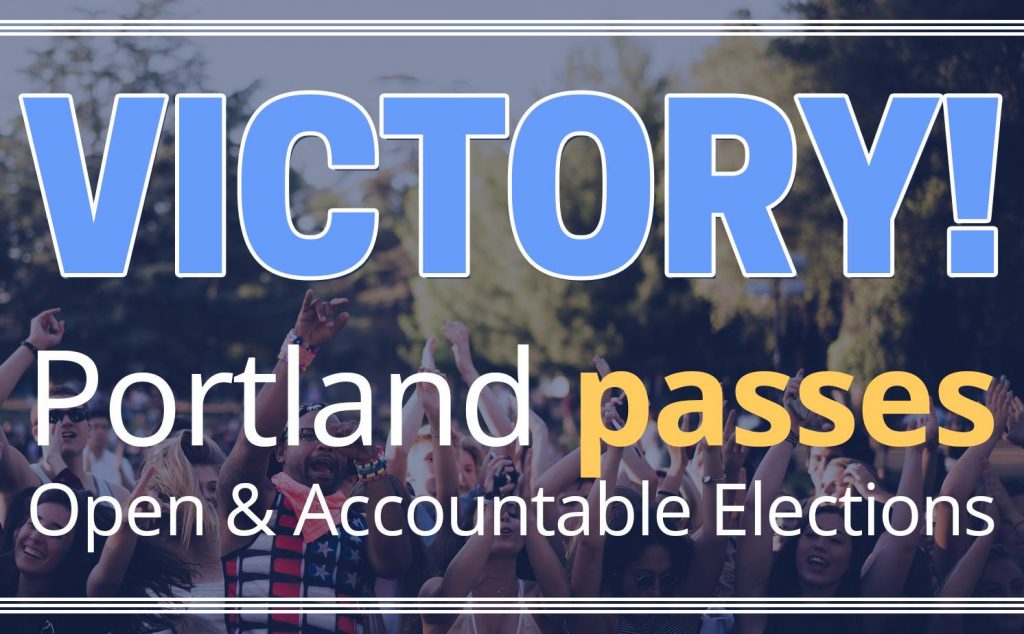 Common Cause is a nonpartisan, grassroots organization dedicated to upholding the core values of American democracy. It works to create open, honest and accountable government that serves the public interest; promotes equal rights, opportunity and representation for all; and empowers all people to make their voices heard in the political process. With support from Voqal, Common Causes helped grow a small donor election coalition that is pushing real reform both in Portland and statewide in Oregon.

Common Cause and other coalition members did not just push forward important campaign finance reform, it did it through increased underrepresented leadership. It engaged with groups like PCUN, Unite Oregon and Color PAC to ensure the coalition represents the vibrant diversity of the Oregon community. These relationships not only helped ensure Portland Open and Accountable Elections is ready to be implemented in 2020, but also made real strides at passing a state version of the program at the Oregon state legislature.

Early in 2018, the City of Portland was still dragging its feet on the small donor matching funds program that the coalition had helped pass at the end of 2016. It had just pushed the council to resolve the question of where to house the new program and to belatedly start the hiring process for program staff. In March and April, it had to organize turnout at city budget hearings to get the mayor and city commissioners to fully fund the program. As the year ended, it had helped create a sea change, getting increasing numbers of community members into key positions of power.

First off, the city hired former Every Voice and Demos personnel as the staff to launch and manage the program. The new staff then worked with the coalition to nominate a strong and diverse group of community partners to serve on the formal community advisory commission.

Finally, one of its former coalition steering committee members, the representative for the NAACP, ran and was elected to the city council. She is now the first woman of color and only the eighth women on the council in its entire history! The council now has a majority of women for the first time, and these three women are all staunch champions of Open and Accountable Elections.

Voqal is a strong believer in an engaged public. Addressing the outsized role of big money in politics is key to creating this public. We are proud to support the work of Common Cause and the other coalition members and look forward to the continued efforts to ensure that not only Portland but the entire state of Oregon has elections where every citizen’s voice is heard, no matter what their socioeconomic status.