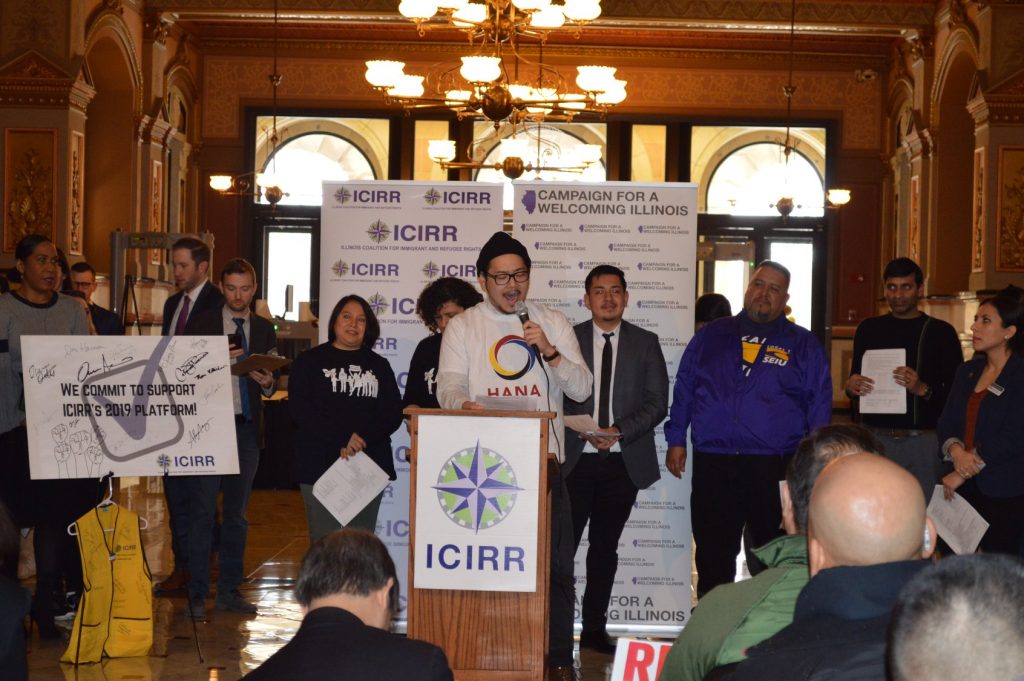 Illinois Coalition for Immigrant and Refugee Rights (ICIRR) is dedicated to promoting the rights of immigrants and refugees to full and equal participation in the civic, cultural, social, and political life of a diverse society. Thanks in part to support from Voqal, ICIRR helped win important legislative victories for its constituents at the Illinois General Assembly during the 2019 session.

ICIRR and its constituents helped pass several important pieces of legislation including:

Of course, none of this legislative success would have been possible without ICIRR’s efforts to directly engage the members of its community directly affected by these policies.

In fact, high school and college students connected to ICIRR and its partners were leading advocates for the RISE Act. Students testified before committee hearings and spoke at press conferences with legislators and allies. An undocumented leader from the South Suburban Immigrant Project even shared his testimony with the Governor about how, as a student, the RISE Act would provide him with the necessary financial support to pursue his education. He also shared how other pieces of ICIRR’s legislative platform would provide him with the peace of mind to know that local police would be unable to deputize themselves as ICE agents and that Illinois would have no private detention centers that facilitate the criminalization of his community. Thanks in part to his efforts and the many others who advocated for these important policies, they all became law in 2019.

At Voqal, we believe that an engaged and empowered public is necessary for creating a truly socially equitable world. Organizations like ICIRR are helping lead the charge to create this public in Illinois. We are proud to support its work and look forward to its continued efforts to engage immigrants in the policymaking process.