Building a Lasting Coalition Around Progress in Oregon 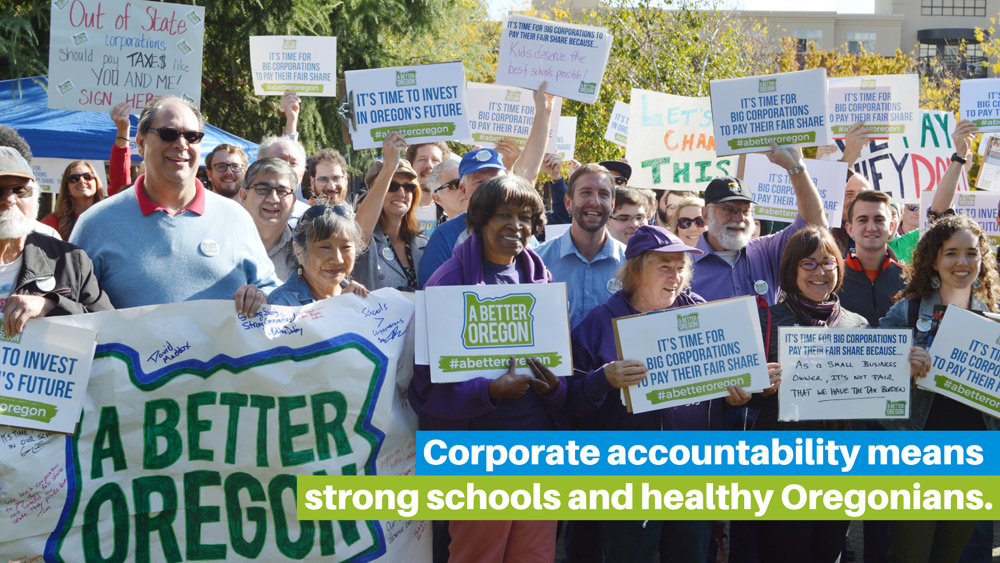 A Better Oregon pushes for policies that invest in Oregon families and hold large corporations accountable because it believes everyone can and should thrive in the state’s economy. With support from Voqal, A Better Oregon was able to leverage the opportunity presented by Measure 97 to increase the diversity of its coalition and build a movement for lasting change in Oregon.

While the Measure 97 campaign ended up failing to pass the measure, it successfully built a coalition that forged lasting partnerships. Not only was A Better Oregon able to build and maintain new relationships during the campaign, but organizations representing communities of color became more invested in the coalition.

Groups like the Urban League of Portland expressed interest in joining the coalition, after avoiding the initial Measure 97 fight. Additionally, the Coalition of Communities of Color re-engaged enthusiastically after joining the Measure 97 coalition late in the campaign cycle. A Better Oregon’s executive committee also diversified beyond its original labor leadership to include the leaders of the Oregon Latino Health Coalition, Asian Pacific American Network of Oregon (APANO) and Family Forward Oregon (FFO). This new alliance is committed to focusing considerable time and energy to secure game-changing revenue for the state despite the numerous threats to progressive values being faced.

While many of Oregon’s communities of color are focused on defending basic human rights, A Better Oregon remains excited it won’t lose the critical voices of its partners in the ongoing fight for real investments in everyday Oregonians. This would not be the case if it had not emphasized thoughtful relationship building efforts during the Measure 97 campaign.

At Voqal, we believe that not all change comes easy. While Measure 97 may not have ultimately passed, the more diverse progressive movement that grew out of the campaign shows promise for the future. We are proud to have supported the work of A Better Oregon and look forward to its continued support of creative solutions for generating revenue to advance a more progressive and socially equitable world for all.