Building a Movement for Criminal Justice Reform in Ohio 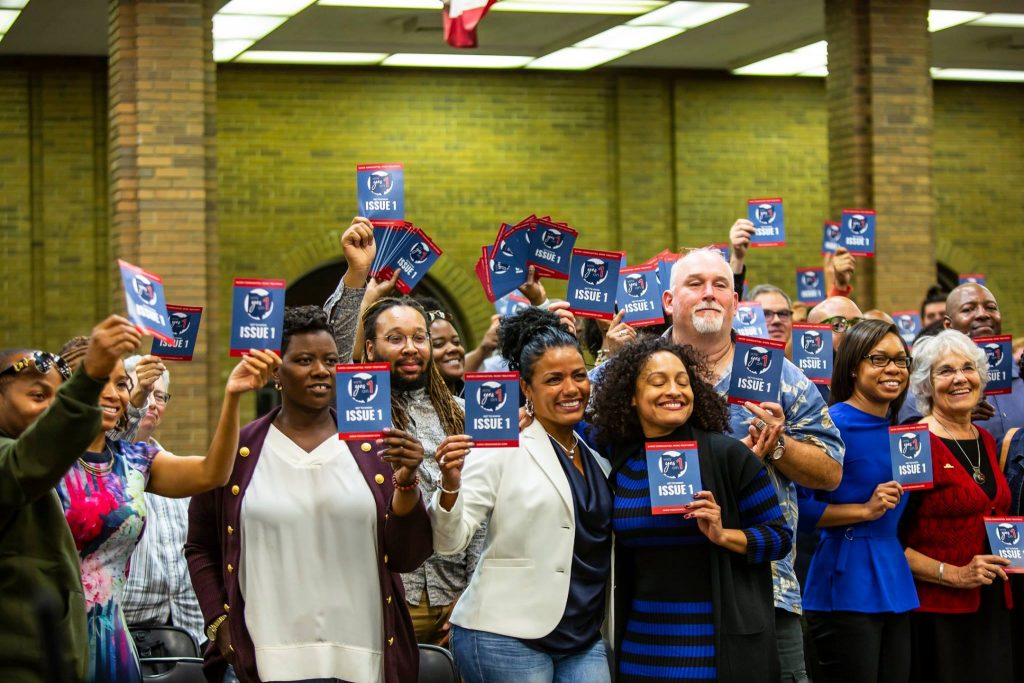 Stand Up for Ohio is a coalition of community, labor, civil rights and environmental groups committed to building a coordinated movement for racial, social and economic justice in Ohio. It envisions a more unified and aligned Ohio organizing together to win on racial and economic justice. Thanks in part to support from Voqal, Stand Up for Ohio helped lay the framework for concrete criminal justice reform in Ohio.

In an effort to dramatically improve the criminal justice system in the state, Stand Up for Ohio crafted an amendment that aimed to reduce imprisonment for low-level, nonviolent drug offenses and probation violations, expand rehabilitation and reallocate prison spending to diversion, drug treatment and victim services. It launched a statewide ballot initiative campaign (Issue 1) to put this issue in front of voters during the November 2018 election.

In the final months of the campaign, Stand Up for Ohio developed a multi-layered approach to engaging voters in major urban counties. And this outreach paid off. Thanks to over 77,000 actual conversations with voters, youth voter turnout increased by over 35%.

Although the ballot initiative ultimately failed, the momentum created through this organizing carried over among judges and state legislators and created a wide window for serious reforms.

In fact, this past spring conservatives in Ohio’s state legislature introduced Senate Bill 3, a bill very similar to the ballot measure. In addition, Ohio Supreme Court Chief Justice Maureen O’Connor, who wrongly declared that Issue 1 would kill 10,000 people, is now supporting bail reform and efforts to keep people from prison and jail if they are arrested with low levels of drugs. Finally, the new Governor of Ohio is promoting loosening restrictions on Naloxone so that everyday people can carry the lifesaving drug on them.

Stand Up for Ohio is seizing on this opportunity and fighting to win significant reforms that can keep families together, shrink the power and size of the carceral system in Ohio, and deliver the help and healing people deserve. The more than 1.6 million Ohioans supporting Issue 1, extensive grassroots organizing, earned media events and volunteer engagement made addressing the overdose crisis and criminal justice reform a top priority in Ohio.

Voqal believes that advancing concrete progressive social change is not possible without building movements that empower everyday citizens to take an active role in the issues that affect them. Groups like Stand Up for Ohio exemplify this long-term approach to creating a more socially equitable world. We are excited to have been able to support its work and look forward to the more equitable and fair criminal justice system in Ohio it will no doubt help create.