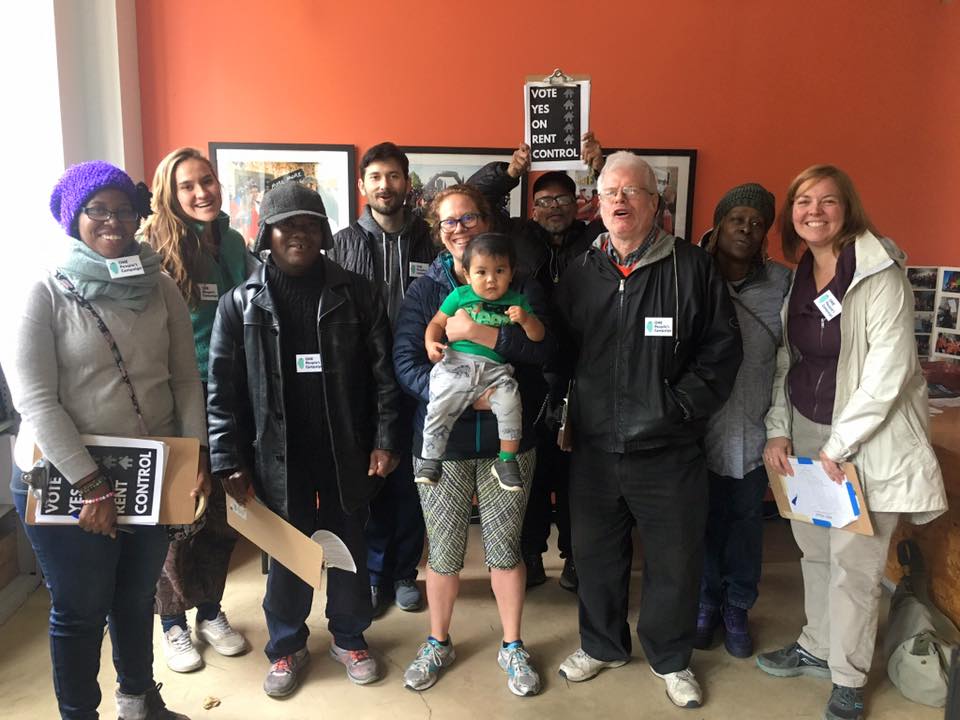 One People’s Campaign is committed to winning racial, gender, climate and economic justice by dismantling systems of oppression. Its members are everyday people who accomplish this through year-round community engagement, advancing progressive policies and building governing power across Illinois. Thanks in part to support from Voqal, One People’s Campaign built an organizing apparatus that engaged thousands of Chicago and central Illinois residents.

Throughout 2018, One People’s Campaign volunteers spoke to people about the issues they care about. These issues included affordable housing and the need for state funding for community priorities. This work built credibility with voters traditionally ignored by political campaigns and ultimately contributed to high voter turnout in 2018.

Burton began canvassing in the middle of 2018, feeling passionate about rent control and the need for a change in the alderman of Uptown. Through One People Campaign’s training, he learned the importance of sharing his story and what drives him to be part of the effort. His willingness to be vulnerable on the doors made him an incredibly effective canvasser. In addition, his work with One People’s Campaign increased his leadership ability enabling him to take on additional roles, like training new canvassers and leading canvass preparation and launching.

Burton perfectly illustrates the impact of One People’s Campaign organizing work. He not only got a chance to make his voice heard on the issues he cares about but also learned the skills needed to increase the engagement of his fellow Chicago residents.

One People’s Campaign is creating a people-powered movement in Chicago and central Illinois. This focus on engaging with and empowering regular citizens is vital to the more socially equitable world envisioned by Voqal. We are proud to support this work and look forward to the progressive policies that will no doubt result from the continued efforts of the One People’s Campaign.