Building the Political Power of the Latinx Community in Minnesota 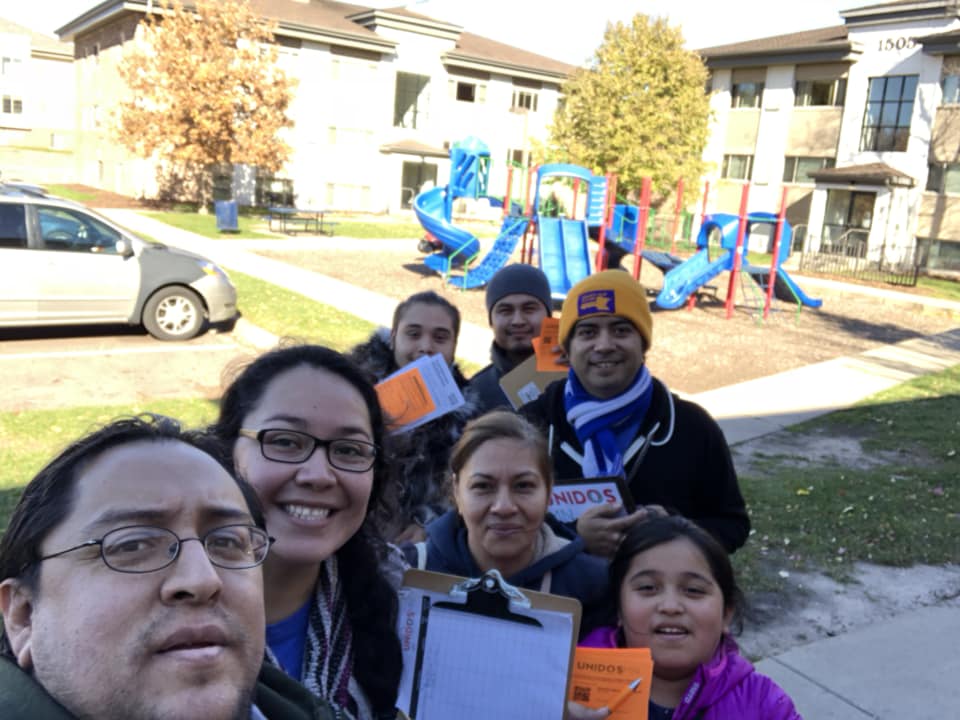 Unidos MN is an immigrant-led, multigenerational, Latinx-based community organization that builds power for gender, racial and economic justice. It has a vision of a Minnesota where Latinxs are achieving their fullest potential. It believes that by doing this, it contributes to the wellbeing and the prosperity of all Minnesotans, regardless of socioeconomic status, race, immigration status, dis/ability and gender identity. With support from Voqal, Unidos MN began building the political power and intentional pro-immigrant political organizing needed to make this vision a reality.

During the last election cycle, Unidos MN took a deliberate approach to build this power across the political sphere. It started by training and deploying the canvassers needed to engage Latinx voters across the state. This enabled Unidos MN to identify and talk to over 20,000 Latinx voters in Minnesota. This increased engagement from the community enabled Unidos MN to make meaningful endorsements of candidates all across the state who are receptive to the needs and concerns of Minnesota’s Latinx community.

And this outreach had a real impact for Latinx individuals in Minnesota. While door-knocking in Worthington, Minnesota, organizers encountered an 86-year-old Latinx woman. She was born in Texas but had always worked in the fields and ended up in Minnesota as a migrant worker. She stayed in Worthington after her husband found work in the meat packing plant and bought a manufactured home. Sadly, she believed she couldn’t vote because she was “Mexican.” Fortunately, after a conversation and some document digging, she found her Texas birth certificate and was able to register and vote for the first time.

While Unidos MN is relatively new to the political organizing scene, it has already made a huge impact for increasing the voice of Minnesota’s Latinx community. As strong believers that a more socially equitable world is impossible without an educated and empowered public, Voqal is proud to have supported Unidos MN work to engage Latinx voters toward the creation of a more equitable and prosperous Minnesota.