Building the Power of Communities of Color 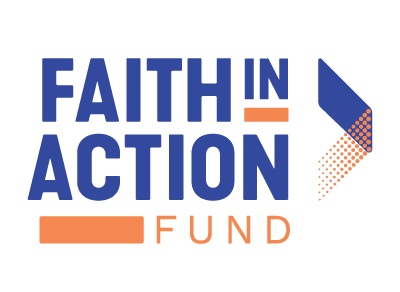 Faith in Action Fund launched POWER Action to organize in Lehigh County around the 2019 prosecutor election. There was momentum towards Jim Moreno, a reform candidate, who unfortunately withdrew from the race due to a cancer diagnosis. Jim Martin, the incumbent, ran uncontested. POWER Action used this election as an opportunity to lift up issues around criminal justice reform and educate the community about the discretionary powers of the district attorney, highlighting the importance of voting in down-ballot races. It knocked on more than 3,300 doors of voters of color and connected with nearly 400 people of color.

For many residents, this was their first touchpoint with community organizing. Residents were impressed with POWER Action’s on-the-ground presence and relationships with local clergy. Organizers overcame several obstacles including language barriers and distrust. These conversations formed the basis for new, strong relationships in Allentown neighborhoods that do not have a strong history of organizing and civic engagement.

The canvassing team in Lehigh County were all young people of color from directly impacted communities that are now leading this work in the region. People like Kareema Brown and Basheema Brown.

Kareema and Basheem are two leaders with POWER Action who began as canvassers and are now managing organizing teams of their own that were developed throughout the course of Faith in Action Fund’s work in Lehigh County. Kareema, who lives in Bucks County, began as a volunteer canvasser in Faith in Action’s education justice campaign. She was motivated to join POWER Action’s work as an extension of her efforts to advocate for her son, who lives with autism and receives particular supports in school. She participated in rallies and protests around education funding and the quality of education in her son’s Bucks County school before joining POWER Action as a canvasser.

Basheema, who is based in Philadelphia, was recruited by another POWER Action leader who saw her potential as an organizer based on her engagement in her community. Both Kareema and Basheema fully committed to POWER Action’s leadership development trainings and have been organizing within their communities.

According to Basheema, “Being promoted to manager has made me feel grateful, excited, and appreciated. I’m getting a chance to exert my leadership skills. Having a chance to work in Lehigh Valley, broadened my life, because I got a chance to meet new people, and build new relationships. I love working for POWER Action and look forward to more growth and opportunities.”

Voqal strongly believes an engaged and empowered public is necessary to realize a more socially equitable world. Faith in Action Fund and its POWER Action project is making great strides in creating this public, especially within communities of color. We are proud to support Faith in Action and look forward to its continued work to increase the organizing capacity of communities of color.