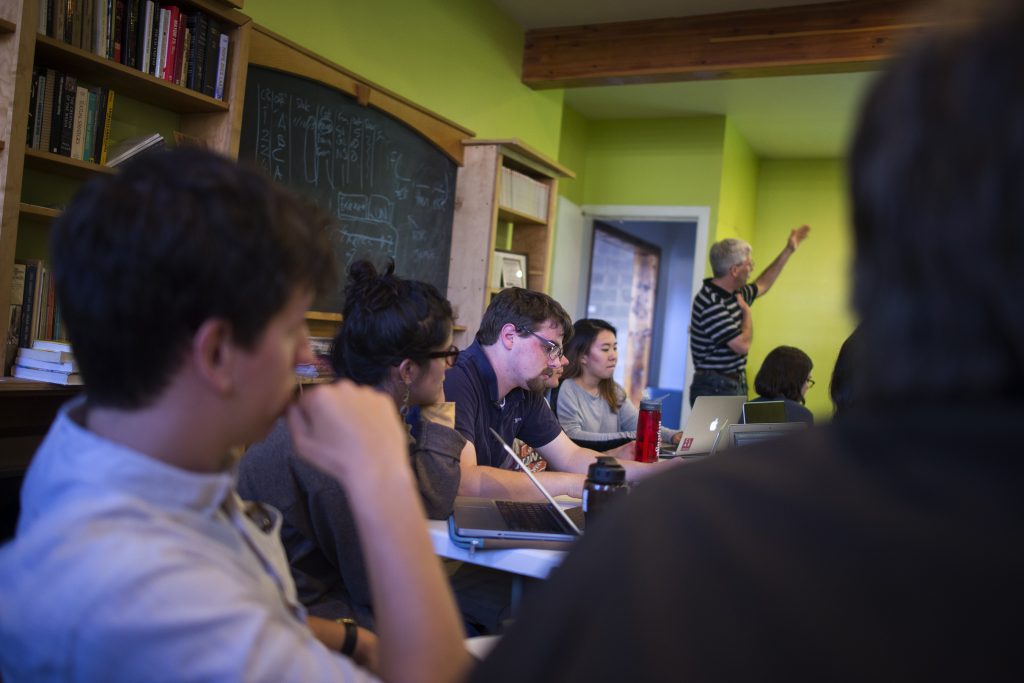 For Voqal Fellow Andrea Hart, frustrations with Chicago’s current media ecosystem and its focus on leveraging crises for a sensational headline, inspired her to create a media organization more reflective of the community it served. “We created City Bureau because we believe that journalism does not have to be a profession for privileged elites and that the public benefits when newsrooms reflect the communities they serve,” said Hart, a multimedia journalist and educator.

Hart and the other founders of City Bureau, believe in “a local media ecosystem that is open to all, capable of holding official power accountable, and can strengthen the bonds within communities.”

In order to accomplish this goal, City Bureau recruits journalists at all skill levels to mentor one another in a collaborative learning process, with community input every step of the way. It investigates issues with wide-ranging impact on people living in the South and West Sides of Chicago.

Along with the hard work of Hart and the other founders of City Bureau, the Voqal Fellowship helped bring this innovative media model to life. “The Voqal Fellowship gave me the freedom to work on City Bureau full time for six months,” said Hart. “Considering our nonprofit is less than a year old, this was an incredible opportunity,” she added, “It allowed me to better manage our community partnerships and design our mentorship experiences.”

Furthermore, Hart credited the mentorship she received from Voqal Fellowship mentor and Voqal Chicago board member, Dan X. O’Neil as vital in helping her “better understand City Bureau’s existing use of data and tools as ways to enhance its civic processes and reporting.” This collaboration led to the creation of City Bureau’s Task Force Tracker, which took the over 200 police reform recommendations produced for the city of Chicago and turned it into an interactive website that walks readers through the history and major obstacles of these potential reforms.

City Bureau recently concluded a successful Kickstarter campaign to open an office in Chicago suburb, Woodlawn and hopes to eventually secure enough operational funding to hire a full-time staff to better build on its successes.

“We hope that longstanding media outlets in Chicago will take on the spirit of City Bureau and its practices to make this kind of better coverage more common,” said Hart. “I think we are touching on some layered, intersectional needs with a perfect storm of timing and believe that City Bureau can exist in other cities.”

Have a great idea to advance progressive change? Apply for the Voqal Fellowship now!

Know someone else you think would be perfect for the Voqal Fellowship? Nominate them!