Changing the Civic Landscape in Chicago 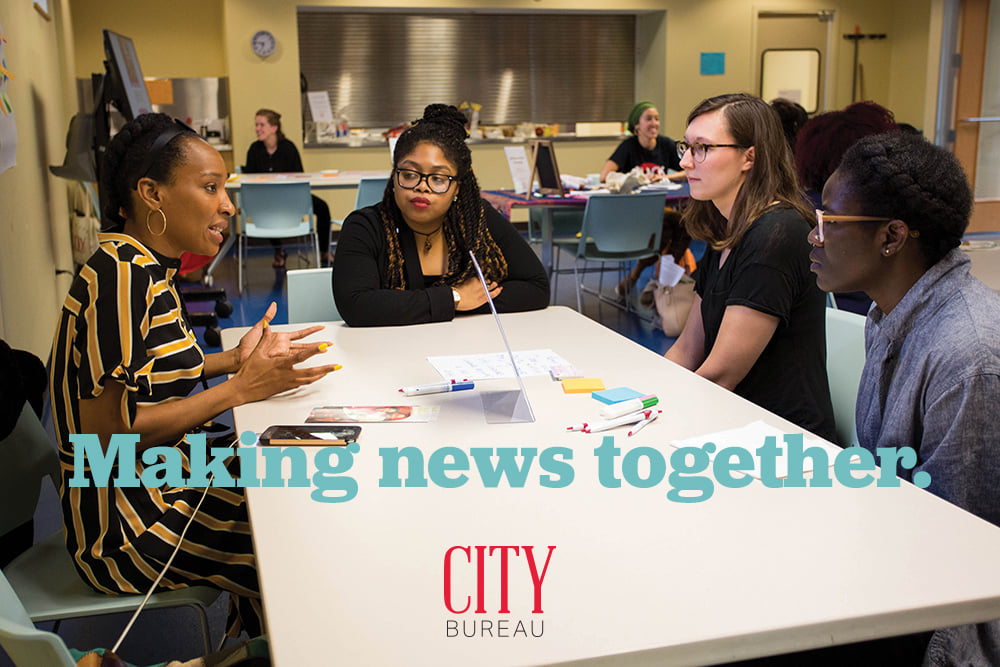 City Bureau is a nonprofit civic journalism lab based on the South Side of Chicago. It brings journalists and communities together in a collaborative spirit to produce media that is impactful, equitable, and responsive to the public. With support from Voqal, City Bureau grew its programs and made local media in Chicago more effective, equitable, and responsive to the public in 2019.

One of the programs at City Bureau that saw the most impressive growth was the Documenters program, a project that trains and pays Chicagoans to cover public meetings. From its previous rate of four assignments per week in 2018, it began facilitating 10-20 assignments per week beginning in 2019. Documenters completed over 470 assignments. In addition, over 1,000 individuals have signed up to participate in the program. The growth of this program has a real impact on the ability of Chicago residents to influence public policy in a positive way.

A great example of how citizens are empowered by City Bureau’s Documenter’s program is the case of Daniel Wolk. Wolk is a retired anthropology professor and has attended numerous meetings of the Chicago board of ethics as a Documenter. During the public comment period for a series of proposed reforms, Daniel independently submitted a recommendation that the statutory definition of “doing business with the city” be revised to include real estate developers — a powerful interest in Chicago politics.

The committee adopted the recommendation and cited Daniel’s written recommendation. The proposed reforms drew significant media attention, helping to shift the conversation about accountability from a few scandals to conditions of institutionalized corruption. Wolk credited City Bureau, noting that he “never would have had a clue as to how to ‘agitate’ for such things without my experience as a Documenter.”

At Voqal we strongly believe that true social equity cannot be achieved without an educated, engaged and empowered public. The work of City Bureau to not only improve Chicago journalism but also to engage everyday Chicagoans in the process perfectly encapsulates this idea. We are proud to support its work and look forward to its continued efforts to create a vibrant journalistic and civic environment in Chicago.