Changing the Political Conversation in Minnesota 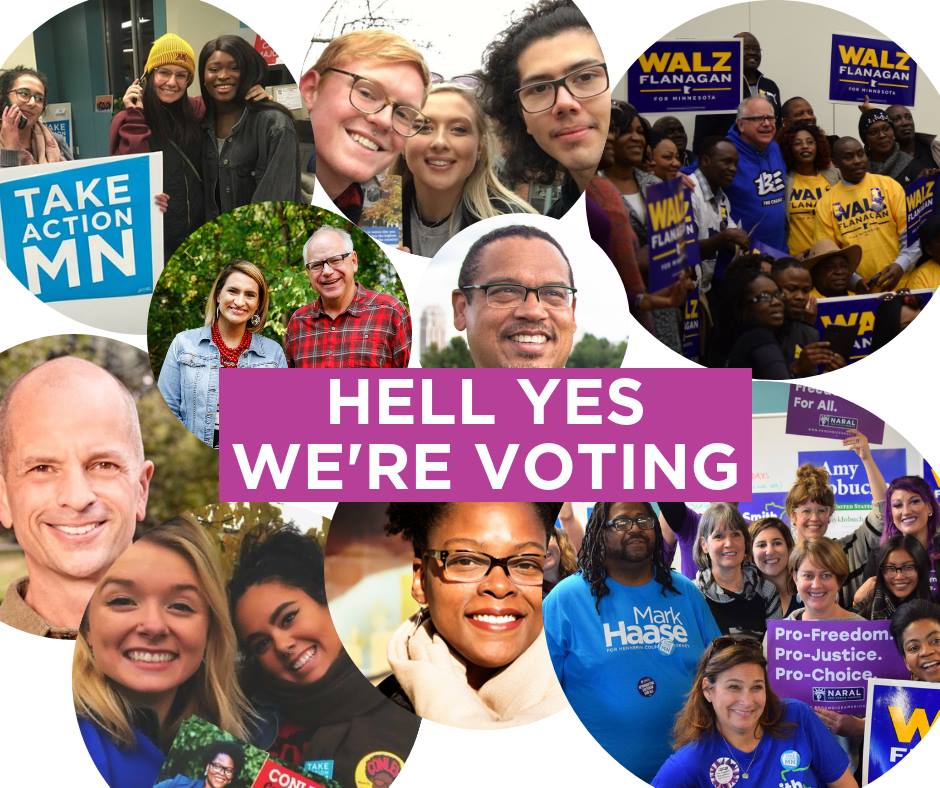 TakeAction Minnesota is a statewide network of people working to realize racial and economic equity across Minnesota. It does this by connecting people and organizations to each other, turning someone’s individual desire for change – to pass a more progressive policy or law, to improve an institution or to change a harmful idea or perception – into the broad public action that makes change happen where it wasn’t possible going it alone. Thanks in part to support from Voqal, TakeAction Minnesota was able to advance a political narrative of joy that led to massive progressive victories across the state.

TakeAction Minnesota helped reshape the political landscape. In the 2018 elections, it drove a statewide narrative around a “politics of joy” to shape the terrain and disrupt political cynicism. This strategy inspired voter turnout and pushed its politics toward making more possible. This narrative not only led to a more positive political environment, but it also enabled several of TakeAction’s endorsed candidates to win their races. Candidates like Angela Conley.

Conley entered TakeAction through its Women of Color table. She attended leadership trainings with the organization and got involved in some of the burning issues in her community. One of these issues, public assistance, was an issue near and dear to her heart. As a younger woman, she relied on food stamps and subsidized childcare to raise her children. “When I think about where it all started,” said Angela, “I think about standing in line for public assistance.”

Conley’s path took her from being a client to becoming a county employee. She rose to Hennepin County’s operations coordinator for family public assistance, managing outcomes for the nonprofits that provide services to people living in extreme poverty. After going through TakeAction Minnesota’s Public Leadership Institute, Conley decided to run for public office so she could help the county do a better job of serving people in need.

In 2018, she ran for Hennepin County Commissioner and won, defeating a long-time incumbent. When she was sworn in, she became the first person of color ever to serve on the Hennepin Board of Commissioners. She was sworn in by Judge Pamela Alexander, who was the county’s first African American judge when she took the bench 35 years before.