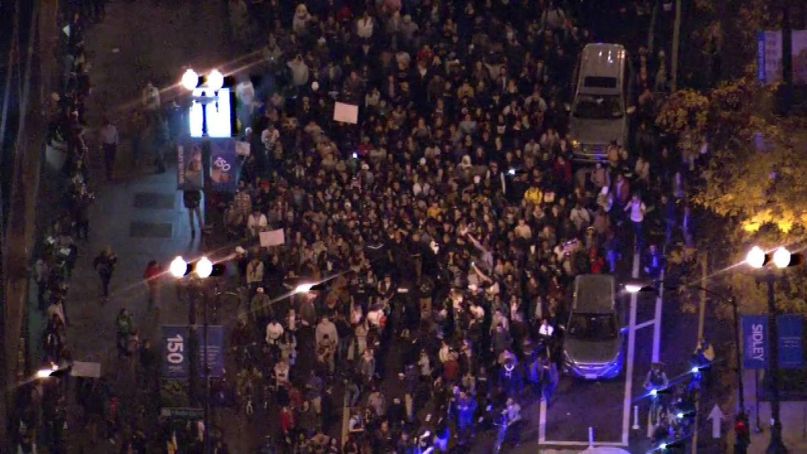 Chicago Votes is a nonpartisan, nonprofit organization building a more inclusive democracy by putting power in the hands of young Chicagoans. It engages and develops a new generation of leaders by opening the doors of government and politics to young people from all corners of the city. With support from Voqal, its unique voter mobilization program, “Parade to the Polls” encouraged thousands of young voters to make their voice heard in the 2016 election.

Coordinated by a collective of organizations including Chicago Votes, Social Works, Prime Fortune, Ballot Ready and BYP 100, Parades to the Polls is a nonpartisan program created and run by Chicago Votes. The program seeks to increase youth voter participation by creating a large-scale celebration in the form of a parade that leads participants to a polling place. Chicago Votes coordinated the event with Chance the Rapper’s nonprofit, Social Works, to boost youth voter turnout in the 2016 presidential election.

2016’s event was the largest in the program’s history. Cars stood at a standstill in downtown Chicago on the last day of early voting. News helicopters flew overhead while skateboards and sneakers pounded the pavement of the Loop. Chance the Rapper led a parade of 6,000 millennials to the intersection of State and Washington after preforming a free, Get Out the Vote concert in Millennium Park.

Young people from all corners of the city came to see Chance perform songs from his latest album, Coloring Book. During the performance, Chance reminded the crowd that, “When you wake up in the morning and feel like just one person, oh my God, there’s so much power in you,” encouraging them to stay woke and vote. The event resulted in over 3,000 first time voters casting a ballot.

Voqal believes an engaged public is vital to a functioning democracy. The work of Chicago Votes to mobilize young voters is a key component to engaging this public. Voqal is proud to have supported this important work and looks forward to the continued efforts of Chicago Votes to involve young people in democratic activism.