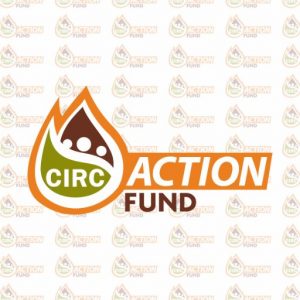 The CIRC Action Fund (CIRCAF) believes in the inherent dignity and human rights of every person, regardless of immigration status. CIRCAF envisions a society in which all women, men and children are treated with dignity and respect and have equal access to fair and just work, housing, health care and education and the opportunity to live united with family members. CIRCAF achieves this by advocating for fair, humane and workable public policies and by increasing the civic participation of new Americans. Thanks to support from Voqal, CIRCAF engaged citizens to help pass important pro-immigrant reforms in 2016 and beyond.

CIRCAF utilized several methods to increase engagement of new Americans in the civic process. It launched GOTV programs in Weld, Boulder, Adams, Arapahoe and Pueblo counties to better engage voters. In addition, CIRCAF held multiple Civic Engagement Bootcamps where it trained over 300 leaders to better engage with voting populations. Finally, it was able to engage 16 new organizations to increase its grassroots network and organizing capability.

In addition to engaging the community in civic engagement, it also had several important legislative victories in 2016. CIRCAF passed three bipartisan, pro-immigrant bills. HB-1335 prohibits the fraudulent sale of SB-125 appointments. HB-1415 lets people take driver’s tests at third party testing centers and return for a SB-251 license without a new appointment. Meanwhile, HB-1391 strengthens protections against Notario Fraud. These victories coupled with efforts at preparing for the 2017 legislative session are important victories for the immigrant community in Colorado.

Voqal is a strong proponent of social equity and is proud to support the work of CIRCAF and its efforts to gain greater equity for the immigrant community in Colorado.