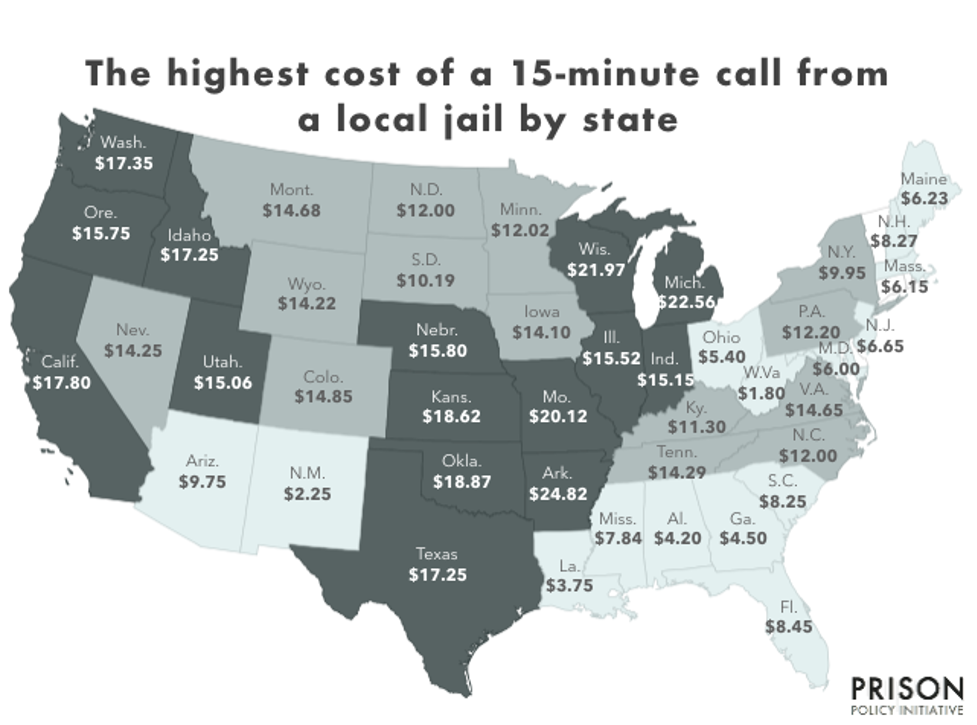 One important telecommunications equity issue receiving more attention this year is the cost of communications services (e.g. telephone calls and emails) for incarcerated individuals. This week, Voqal joined a coalition of groups in a letter to the FCC encouraging action on an ongoing rulemaking related to this issue.

For nearly a decade, public interest advocates, faith organizations, and civil rights groups have been fighting to make prices more affordable so that incarcerated individuals and their loved ones can remain connected. There are several positive benefits of making communications services more accessible for incarcerated individuals including lowering recidivism rates and allowing for better communication with legal counsel. Unfortunately, family members of those at the mercy of the current system often bear the brunt of paying for these services.

In the letter submitted to the FCC, Ms. Lillian Williams, prison phone advocate and Lifeline subscriber describes the toll these excessive rates take on her family:

“I have to stay connected to my son. Once, I had to take out a payday loan just to make sure my phone and internet was on. Just to make sure my son could call me. I didn’t want to, I don’t like payday loans, nobody does, but I did what I had to do. Sometimes I don’t even think about it. I gotta pay my light bill, and just the same I gotta pay to stay connected to my son. I can’t hug him and can’t touch him, so I gotta keep connected however I can.”

A recent report shows that 1 in 3 families with an incarcerated loved one goes into debt trying to maintain contact. That’s because rates are exorbitant. In some states, the cost is more than $20 to make a 15-minute phone call.

In 2013, the Federal Communications Commission (FCC) attempted to address the burden of these costs by approving new rules limiting the rates for communications services at prisons and jails. Unfortunately, that rulemaking was challenged and the court partially struck down the FCC’s rules. Essentially, the court found that Congress had only given the FCC authority to regulate calls between states – what we call interstate rates – but that the statute did not allow for the Commission to regulate rates within states – known as intrastate. The problem: roughly 80% of calls made from prisons and jails are intrastate, while just 20% are interstate.

A major reason the issue has resurfaced this year is the severe impact the COVID-19 virus is having within the prison system. In some prisons, as many as 90% of incarcerated individuals have been infected with COVID-19. Even worse, some incarcerated individuals are being paid as little as $2 an hour to move the bodies of inmates who have died from the disease. This devastating circumstance has given policymakers new motivation to address this issue.

In August, the FCC made its first attempt in years to address the issue. The FCC issued a Notice of Proposed Rulemaking to set new interstate rates. Unfortunately, the new proposed rates are actually higher than those in 43 states. It is because of problems like this, that Voqal is joining the members of this coalition to weigh in on this important issue. We look forward to working with the FCC to make certain that the costs of communications services are just and reasonable for incarcerated individuals and their families.