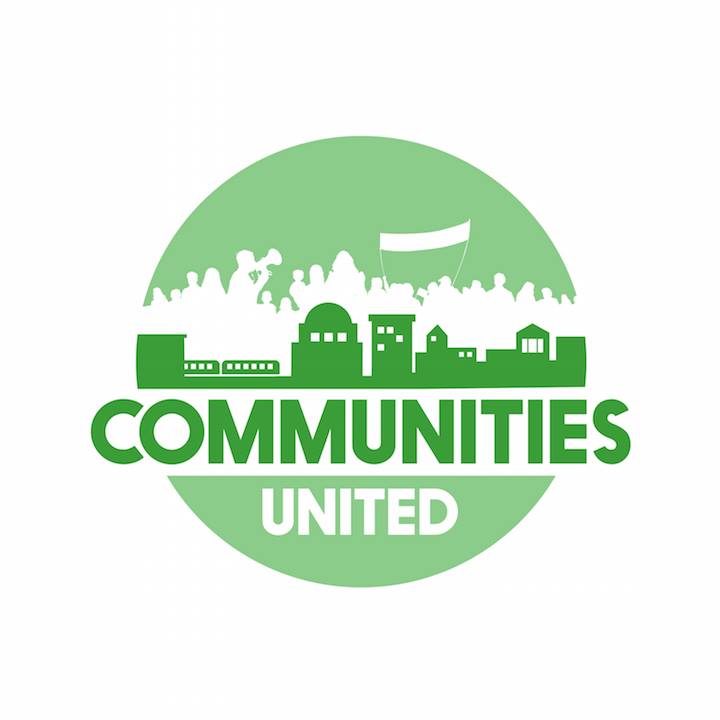 Communities United is a grassroots community organization that addresses the root causes of social, racial and economic injustice at a neighborhood, citywide, statewide and national level. It accomplishes this by uniting diverse youth and adults in Chicago’s northwest side and through the development of city and statewide coalitions to build powerful and broad-based alliances across the city and state. With Voqal’s support, Communities United enabled youth of color to get closer to a groundbreaking victory to shift resources away from school-based law enforcement to measures that support students.

Through its Survivors’ Alliance, Communities United holds transformative healing and justice spaces focused on utilizing arts to develop personal and collective narratives, advance healing from trauma and engage in leadership development and political education around issues of the school to prison pipeline, mass incarceration and community justice reinvestment. Communities United launched the Survivors’ Alliance in August 2016 in a powerful, transformative event that brought together over 150 survivors, including formerly incarcerated individuals, allies and faith leaders from across Chicago. At this event, leaders publicly shared their experiences as survivors and individuals impacted by the justice system, unveiled their shared vision of justice and released their guiding principles for healing trauma and advancing justice reinvestment. Cook County President Preckwinkle, Commissioner Garcia and Senator Aquino attended the event and pledged their support to advance meaningful community-led justice reinvestment work.

Through its “Educate Don’t Incarcerate” campaign, Communities United made significant strides in advancing a nationally ground-breaking reform that would lead to Illinois public school funding being shifted away from law enforcement-based approaches to addressing school safety towards trauma-informed and restorative approaches to safe school climates. Based on persistent advocacy by young people, this policy change passed the Illinois Senate and would likely have passed the House had supporters not been opposed to voting on any legislation during Illinois’s recent budget impasse. When young people do achieve this victory, it will be a significant national contribution to the movement to end the school to prison pipeline.

As a strong believer of a more educated, equitable world, Voqal is a proud supporter of this work by Communities United and applauds its tireless dedication to finding justice for Chicago’s young people of color.