Continuing the Fight for Fair Wages in Michigan 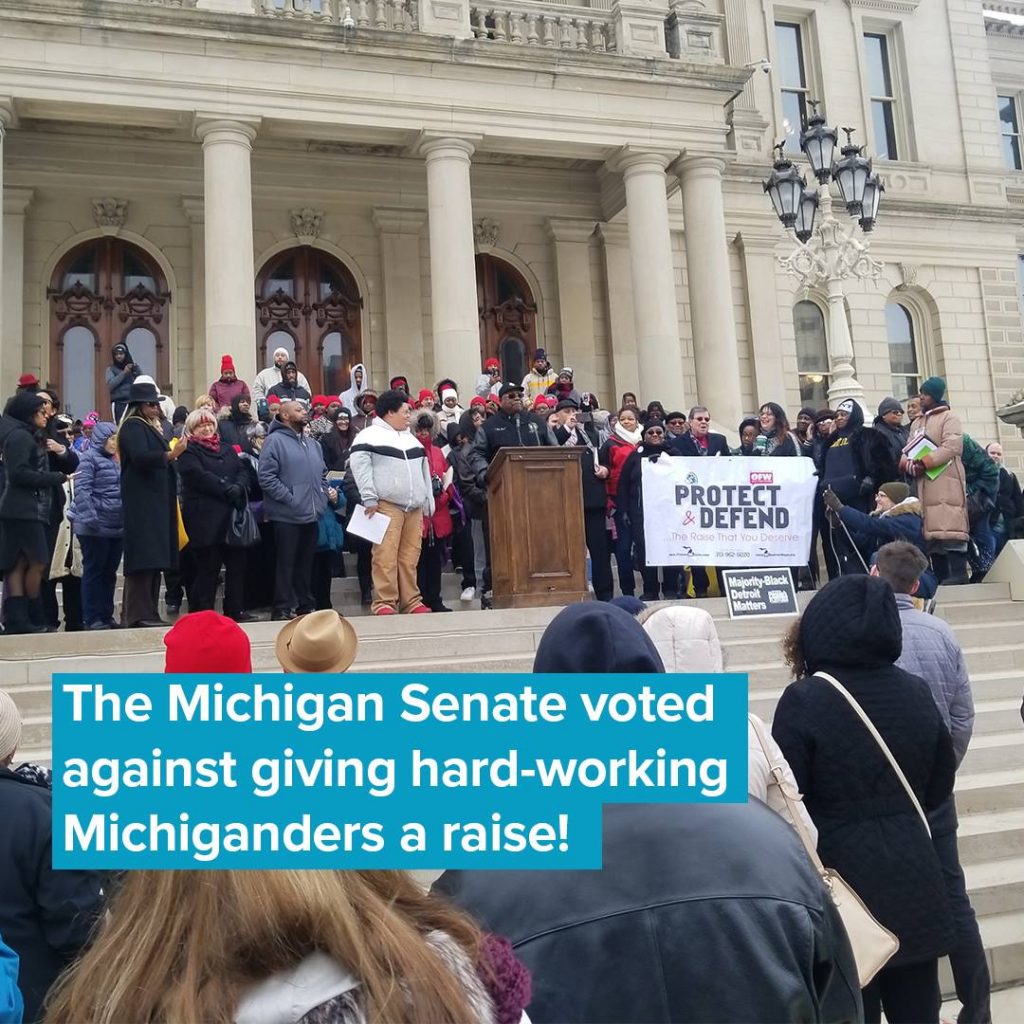 ROC Action works to improve wages and working conditions for the nation’s restaurant workforce. It’s One Fair Wage campaign, is focused on passing legislation in cities and states that will require the restaurant industry to pay all its employees at least the full minimum wage. With Voqal’s support, ROC Action organized a voter mobilization effort aimed at holding the legislature accountable for weakening legislation that originally raised the state’s minimum wage to $12, including for those workers who receive tips.

In 2017, together with its partners, ROC Action launched a One Fair Wage ballot measure to raise the minimum wage in Michigan to $12 per hour by 2022, with tipped workers reaching the same level by 2024. After successfully getting the measure placed on the ballot, ROC Action held over 50 public presentations and events featuring One Fair Wage champions like Jane Fonda, Lily Tomlins, Patrisse Cullors and Taraji P. Henson. In addition, during the course of these events candidates for governor, attorney general and secretary of state attended and pledged their support for the measure.

Because of the popularity of the measure among low-wage workers across the state, particularly among women, people of color and youth, the Michigan legislature passed the proposed minimum wage increase of $12 in September 2018. This was a major victory for ROC Action’s multi-year One Fair Wage campaign, and a testament to the power of worker organizing. Unfortunately, in passing this legislation, it removed the measure from the November ballot, which many believe was a cynical effort to diminish voter turnout among the very same voters who supported the measure.

Furthermore, the legislature dramatically weakened the legislation during the lame-duck session, completely eliminating the increase for tipped workers. In order to fight these tactics, ROC Action pursued intensive voter turnout activities – especially among workers and people of color – to demonstrate the people’s mandate that the minimum wage measure not be altered. This led to increased turnout in the 2018 election. A fact that was not lost on many elected officials and other activists whose continued advocacy on this issue led the Michigan state supreme court to review the legislature’s decision to circumvent the will of the voters and deprive workers the more progressive minimum wage increase.

While the outcome of Michigan’s One Fair Wage measure may not be clear, the power of a mobilized workforce is. Whether it’s the progressive allies that were elected thanks to ROC Action’s work or the increase in the number of engaged restaurant and service workers across the state, ROC Action built the groundwork for a creating a more empowered workforce across the state. We are honored to have been able to support this important work and look forward to ROC Action’s continued efforts on behalf of restaurant workers everywhere.