Launched about a year ago, Coworker.org has already supported more than 30 workers’ rights campaigns throughout the United States. The digital platform encourages everyday workers to start, run and win campaigns to change their workplace.

With early support from various organizations, including Voqal Fund, Coworker.org has already seen some incredible efforts come to life. 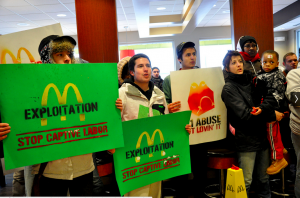 One campaign with the National Guestworker Alliance resulted in winning $205,000 in back wages from a Harrisburg, PA McDonald’s franchise owner for student guestworkers. Coworker.org provided the digital tools to share the campaign with thousands of supporters and media all over the world, as well as connecting the effort to existing networks of fellow McDonald’s employees and student guestworkers on sites like Reddit and Facebook.