Creating a Movement for Rent Stability in New York 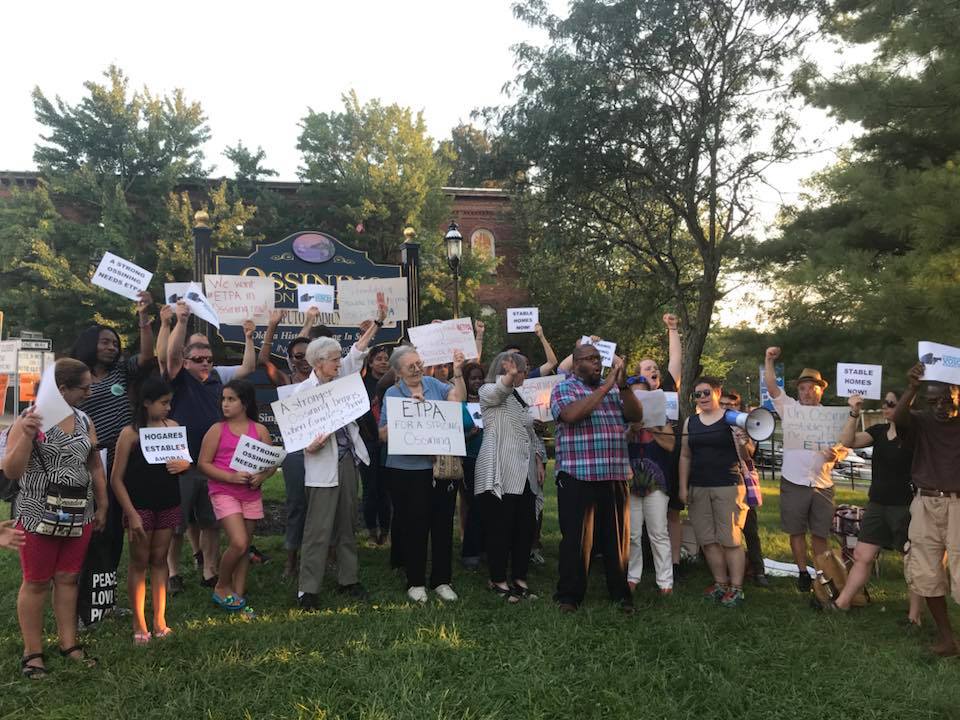 Community Voices Heard (CVH) Power is a multi-racial, member-led organization that builds power through grassroots organizing. It works to build power that can change systems and shape policies that ensure social, racial and economic justice for all New Yorkers. Thanks in part to support from Voqal, CVH Power helped pass important rent stabilization policy at both the local level and statewide.

CVH Power was at the forefront of the campaign in Ossining to pass the Emergency Tenant Protection Act. They not only established a chapter office in the village during the campaign but also held multiple public actions that turned out a diverse cross-section of residents, both tenants and ally homeowners, in the lead up to the vote. And this unified effort paid off.

Renters won a monumental victory when the village board of trustees voted in favor of the Emergency Tenant Protection Act, establishing rent stabilization protections for upwards of 1,500 units in the village. The passage came after a hard-fought, three-year campaign by CVH members, and is the largest expansion of rent stabilization in the state in over two decades.

Even better, this victory paved the way to make the same protections available in towns and cities across the state. Following the victory in Ossining, the New York State Assembly passed a comprehensive set of tenant reforms that included the option for extending the same Emergency Tenant Protection Act protections to localities across the state. Such sweeping reforms likely would not have been possible without the groundwork laid by the victory in Ossining.

The work of CVH Power in New York shows the power of people-led movements to affect real change in local communities. As strong believers of an empowered and engaged public we are proud to have supported this important effort to make housing more affordable for New York residents and look forward to CVH Power’s continued impact on creating a more equitable New York.