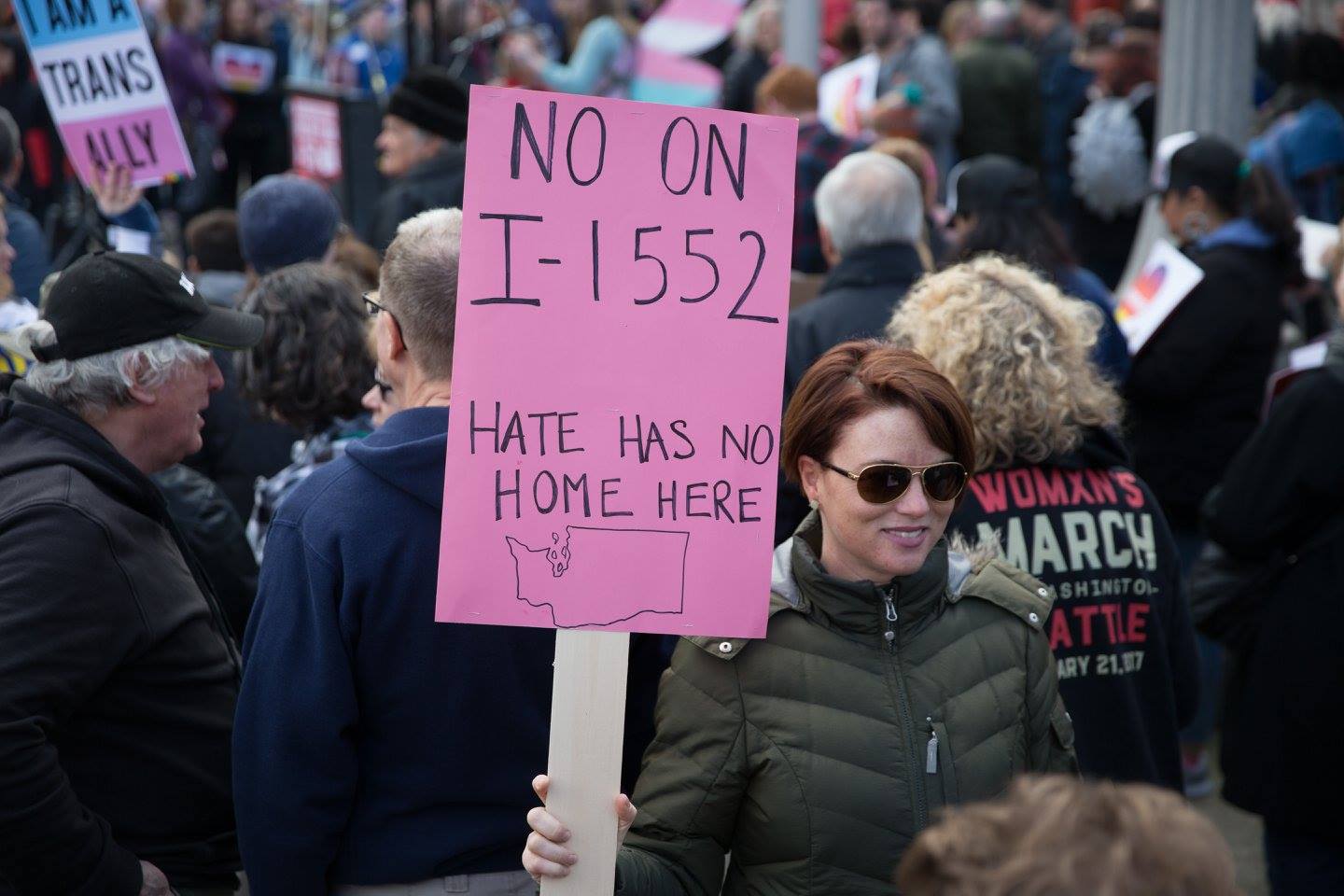 The importance of Washington’s Won’t Discriminate’s role in defeating I-1552 is perhaps best embodied in Puget Sound area resident, Joni. Prior to its campaign, Joni was not familiar with transgender and gender diverse people and did not have anyone in her life who identified as transgender. After seeing several Washington Won’t Discriminate campaign advertisements, Joni came to understand and agree that there is no increase in public safety concerns when transgender people use restrooms that correspond to their identities. Because of this understanding, she added her name to the digital Decline to Sign petition.

Joni was then contacted by a campaign volunteer and invited to an organizing meeting. After attending and learning more, including meeting some transgender people in person, Joni signed up to volunteer. She became an outstanding campaign volunteer, working with her place of worship, area school and neighbors to organize and keep I-1552 off the ballot. Now Joni is involved in LGBTQA events as a strong advocate and ally. She is confident in her story about why transgender people should be treated with fairness and respect and she shares this message with her friends, neighbors and colleagues. Joni is ready and available to engage further if a similar initiative is proposed again in the future.

Discriminatory ballot initiatives like 1-1552 are detrimental to society and threaten the vision of a more socially equitable world that Voqal strives toward. The work of Washington Won’t Discriminate and others to defeat these types of measures is vital to maintaining a world where all people are welcome. Voqal is proud to have supported the people-centered organizing work of this coalition and is grateful for citizen coalitions like Washington Won’t Discriminate who are willing to stand up and be heard when basic human rights are under attack.