Disrupting the Status Quo of Money in Politics in Illinois 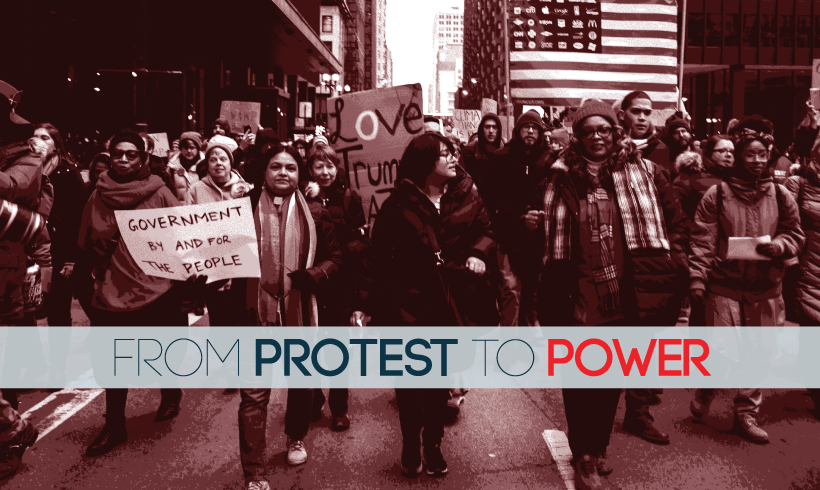 The People’s Lobby trains leaders to build bases in communities, organize support for progressive legislation, endorse candidates and take direct action to pressure elected officials and other powerful people to put the interests of people and the planet first. It seeks to build an inclusive people’s movement to reclaim democracy from the influence of the very wealthy and the corporations they control. Thanks to support from Voqal, The People’s Lobby empowered Illinois residents to speak out against the oversized influence of money in elections.

Through its door-to-door conversations, meetings with alderman and research, The People’s Lobby elevated community engagement to address the problem of money in politics. It developed a curriculum for popular education and hosted four events around the issue. It also encouraged several candidates running for office to make big money in politics a key part of their platforms. Finally, the organization created reports that highlight the large amounts of money coming into the various city wards and the effect it has had on elected officials voting records.

This people-centered work also raised the prominence of the issue with the media. In a quote referring to the outsized influence of money in the Chicago mayoral campaign that was featured in the Chicago Sun-Times, The People’s Lobby political director, Robert Peters highlighted the problem money in politics poses for Chicago, “Emanuel’s reelection money comes largely from developers, corporations, and lobbyists, most of whom do not send their kids to Chicago Public Schools, use Chicago public transportation or rely on vital city services, like safe drinking water.”

The groundwork laid by the People’s Lobby is set to make money in politics a key issue during the 2019 election. It plans to leverage this work to urge Chicago elected officials to support a “Fair Elections Ordinance” that would limit the influence of money on politics by reducing the size of allowable campaign contributions and creating a small-donor matching program. As a strong believer in the idea that for regular citizens to be empowered in the electoral process the influence of big money must be addressed, we are proud to have supported this work and look forward to its results in 2019 and beyond.