Engaging the Community in Affordable Housing and Economic Justice 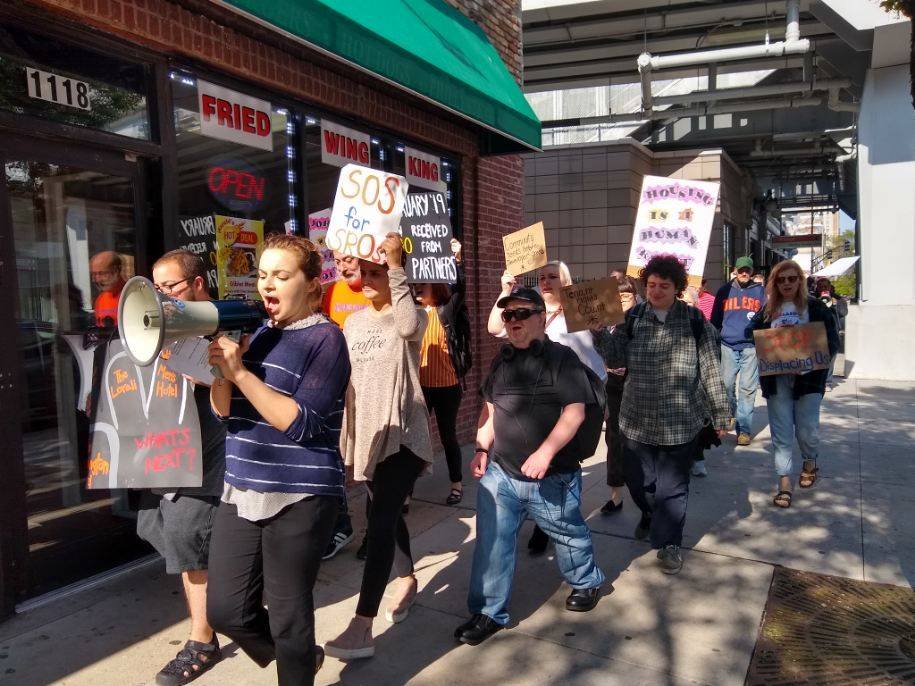 Organizing Neighborhoods for Equality: Northside (ONE Northside) is a mixed-income, multi-ethnic, intergenerational organization that unites Chicago’s diverse communities. It builds collective power to eliminate injustice through bold and innovative community organizing. It accomplishes this by developing grassroots leaders and acting together to effect change. Thanks in part to support from Voqal, ONE Northside successfully organized for structural change in the state budget and affordable housing.

In preparation for the 2019 state legislative session, ONE Northside’s economic justice team launched a robust voter engagement program during the 2018 elections. These efforts culminated with a 100-person State Budget Community Forum in October, attended by two state elected officials.

Following the successful effort to engage voters with the Illinois state budget, the team worked to close two lucrative corporate tax loopholes: the retailers discount and offshore tax havens. Unfortunately, these loophole closures were not included in the final state budget. However, the legislature did pass the Fair Tax proposal, which put the progressive income tax referendum on the ballot in November 2020.

On the local level, ONE Northside highlighted the issue of affordable housing and developer money and gained commitments from candidates to support affordable housing efforts. ONE Northside was very active in base building through house meetings and canvassing. Leaders worked together to hold educational house meetings on these issues in affordable buildings and homeless shelters, canvassed the community to get calls into an alderman who was blocking affordable housing legislation due to donations from high-end developers in the community and came together in two at-risk single room occupancy (SRO) buildings to meet with the alderman and the city about the preservation of their buildings. The team also engaged in door-to-door and street corner voter education around rent control.

The success of this work relies on the leadership and involvement of everyday citizens. Citizens like Lamont Burnett. Burnett moved to the Wilson Men’s Hotel after becoming unemployed due to a stroke he suffered. He joined the SRO team after the building was sold to a luxury developer. Lamont was deeply involved in the organizing work at the Wilson Men’s Hotel, which resulted in him and many others being guaranteed an affordable unit. After being relocated to an SRO that ONE Northside helped preserve in Lincoln Park, Burnett became a consistent leader with the organization.

Burnett’s willingness to be involved and to work closely with organizers helped him become a solid media spokesperson, sit as a panelist at the 2018 Housing Action Illinois conference and to be an example of persistence and leadership for the SRO team.

At Voqal we believe the key to a more socially equitable world is a populace empowered to advocate directly about the issues affecting them. The work of ONE Northside, to not only engage the people of Chicago but also turn them into the leaders needed to advance more progressive economic policy, perfectly illustrates this idea. We are grateful to have had the opportunity to support the efforts of ONE Northside and look forward to the future it is helping to create for all Chicago and Illinois residents.