Grantmaking Spotlight: How to Be Notorious 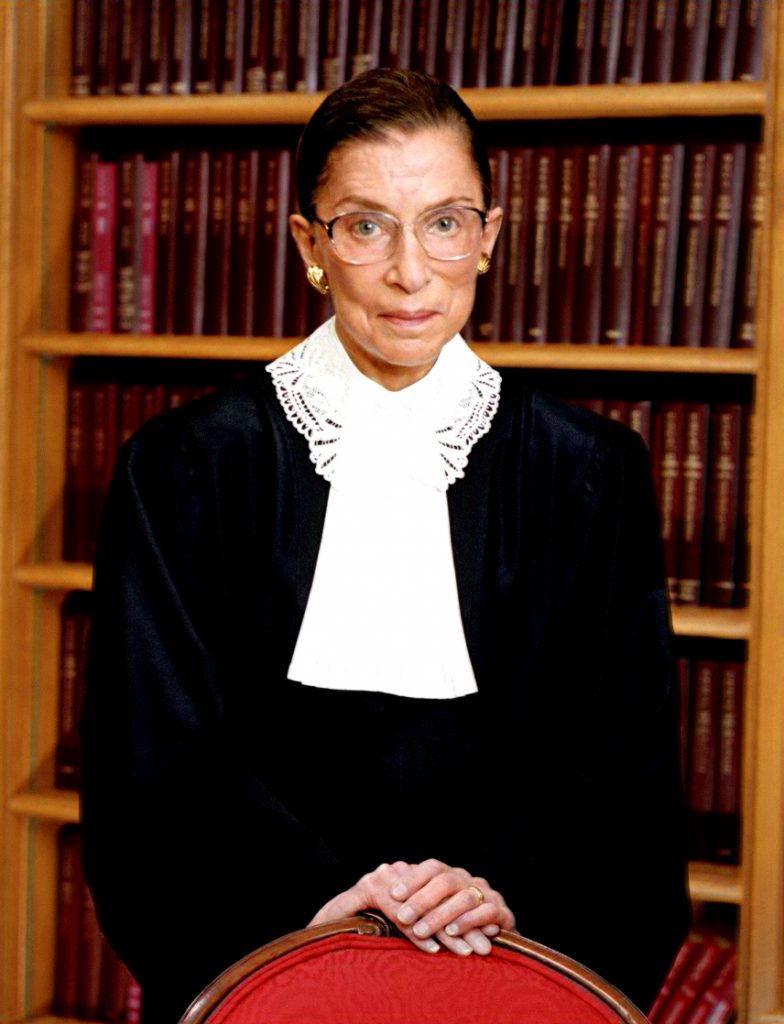 In the latest grantmaking spotlight, Mary Coleman and Annie Stoneburner celebrate the life and work of Ruth Bader Ginsburg by highlighting Voqal grantees that exemplify the values that she exhibited during her time on the Supreme Court.

The nation recently mourned the passing of a giant, an innovator, and a leader. Ruth Bader Ginsburg (RBG) has been called a champion for human rights, and for good reason. Her work around women’s rights, LGBTQIA rights, disability rights, and equality for all cannot be understated. While notorious usually describes being famous for negative reasons, her life and legacy have become notorious for all the right motives. Now, it is up to us to carry on her work of dissenting against dominant, harmful policies and practices.

RBG was always a tireless worker, whether during her time as one of the first female students at Harvard Law School, or prosecuting gender discrimination cases at the Supreme Court, or being a judge herself. But her hard work is not the only thing that made RBG notorious. She had a determination to fight for equity no matter the stakes. She convinced the judicial system that gender discrimination exists through many landmark cases, both as a judge and as a prosecutor, that cemented equal rights for women. As a litigator, she often brought cases with male plaintiffs to the court to show that men could be harmed as much as women by gender discrimination, cunningly knowing that male judges would feel more sympathetic to the men.

We also have RBG to thank for speaking up when others would not or did not. The reason that RBG is associated with dissenting is because she was not afraid to engage in this often times important activity. When the courts would make a ruling that did not align with the ideals of this country, she would always speak up.

At Voqal, we are proud to support dozens of organizations that are notorious in their own right. Led and staffed by fierce warriors, our grantee partners continue the work of RBG every day. They fight for equity with just as much hard work and determination. You will see below RBG’s own words and how our grantees live up to those words daily.

“The state controlling a woman would mean denying her full autonomy and full equality.”

Denver-based grantee, Colorado Organization for Latina Opportunity and Reproductive Rights Action Fund (COLOR AF) is on a mission to ensure all individuals can lead self-determined, healthy lives. COLOR AF works with state lawmakers to ensure policies around immigration, health, and financial security consider the most vulnerable among us, ensuring basic rights and freedoms extend to all.

“Real change, enduring change, happens one step at a time.”

In Portland, Building Power for Communities of Color (BPCC) works with a diverse coalition to build relationships that guide its strategy and action. BPCC ensures that each action, each step, is in harmony with the community. These steps for government transparency, leadership development, and advocacy use people power to keep bending the arc of history closer to social justice.

“Fight for the things that you care about, but do it in a way that will lead others to join you.”

The Awood Center in Minnesota is a worker-led organization that in two years gained over 100,000 followers in its fight to build economic and political power for the East African community in the state. By creating an atmosphere of collaboration and collectivism, Awood has taken on tech giants like Amazon to build a better future for its community by keeping the vision of a bright future at the forefront.

“If you want to be a true professional, do something outside yourself.”

In Texas, the fight for immigration and criminal justice reform feels immense with its government actively supporting barriers and policies that keep people out or detained. The Texas Civil Rights Project (TCRP) did not see this as a reason not to engage though, constantly taking on something others would give up on and leaning into daily discomfort and setbacks that come with disrupting the status quo in hopes of something more equitable.

“I would like to be remembered as someone who used whatever talent she had to do her work to the very best of her ability.”

Chicago-based activist, artist, and academic, Ricardo Gamboa, wanted to center the experiences and perspectives of everyday people by creating a space to radically take on the status quo. The result is The Hoodoisie, a news show where Gamboa bridges politics, culture, and social structures with a diverse, multi-cultural community. Gamboa and his team recognize that we all have something to offer and should use our unique way of being to build a better future, where social equity is not the vision but the reality.

In her own words, this is who she was. We must all take the lessons learned from RBG and work to make them meaningful in our own lives. Whether by fighting for rights for all or pushing ourselves harder, we can all be notorious.