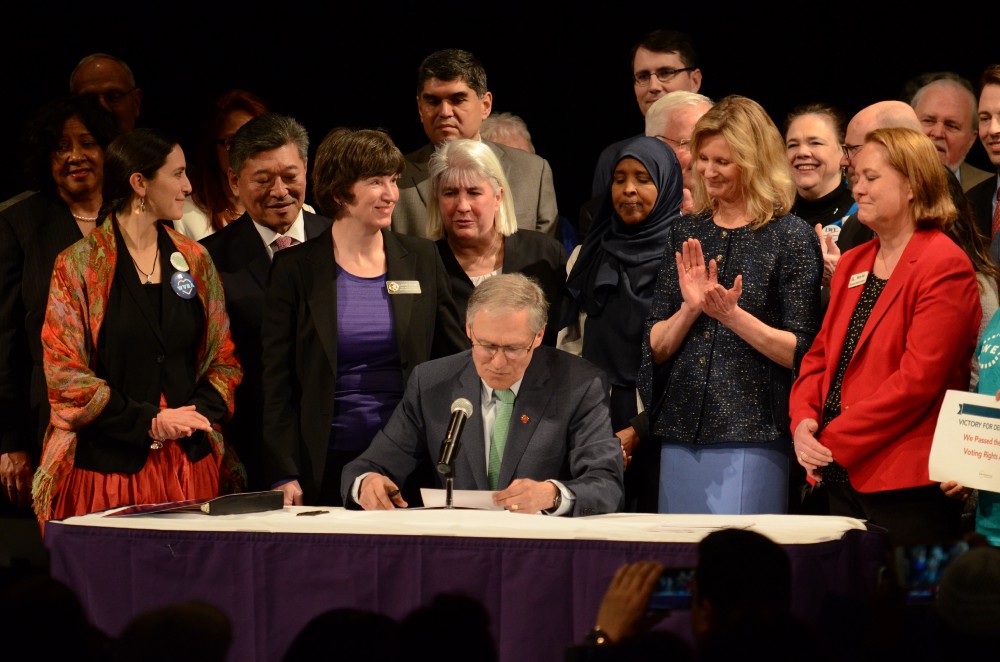 Win/Win Action is a forward-thinking organization formed to improve communication and coordination among nonprofit civic engagement organizations in the state of Washington. It works to establish collective action around a common agenda that includes increasing civic participation in underrepresented communities, enhancing the capacity of constituent-based organizations and implementing long-term strategies for socially responsible policies. Thanks in part to support from Voqal, Win/Win Action helped build a diverse coalition that successfully increased voter access in Washington.

Through a legislative campaign that combined grassroots and direct lobbying, field organizing and communication strategy, Win/Win Action built a successful legislative campaign that expanded voting access. In order to make this victory happen, Win/Win Action focused on developing the values, processes and culture needed to ensure the success of its coalition. It strove to operate with the principles of racial equity, transparency and shared leadership. And this deliberate focus on building a strong and equitable coalition paid off.

The success of this campaign can perhaps be best summed up in an article Ari Berman wrote for Mother Jones, “Washington Gov. Jay Inslee signed a sweeping election reform package on Monday that will make his state one of the leaders in the country in expanding voting rights. The “Access to Democracy” bills passed by Washington’s Legislature include automatic voter registration, Election Day registration, pre-registration for 16- and 17-year-olds, and a state version of the national Voting Rights Act.”

A public that is empowered to vote is key to creating a more socially equitable world. Win/Win Action’s work to build the coalition and infrastructure needed to meaningful expand voter access to those commonly disenfranchised is central to realizing that vision. We are proud to have supported this work and look forward to Win/Win Action’s continued work to create a more diverse and equitable Washington.