Join the Battle for the Net July 12 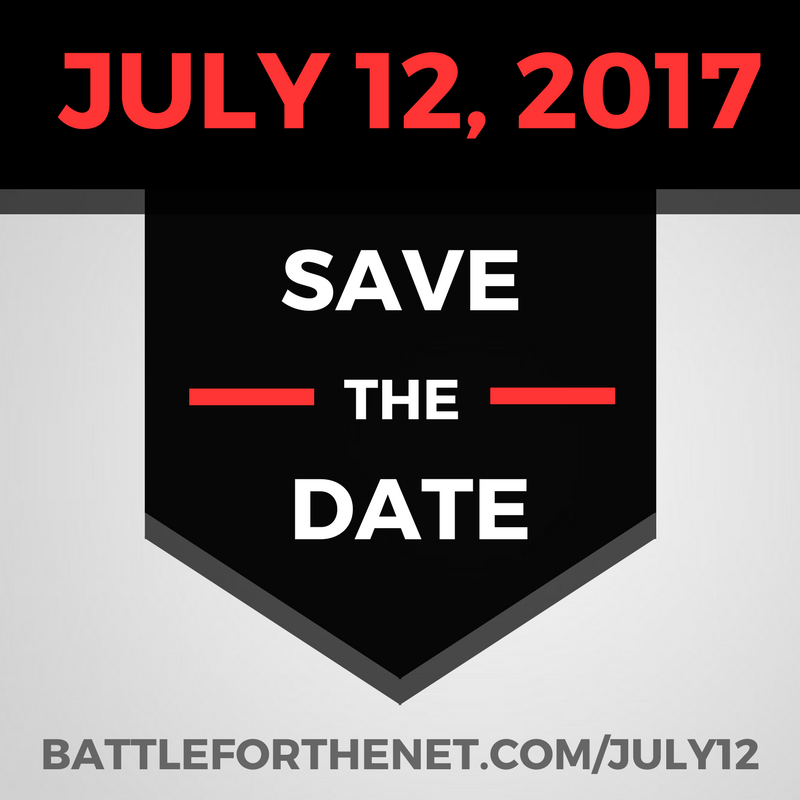 On July 12, 2017, Voqal will join websites, internet users and online communities coming together to sound the alarm about the FCC’s attack on net neutrality.

New FCC Chairman and former Verizon lawyer Ajit Pai has a plan to destroy net neutrality and give big cable companies immense control over what happens online. If the FCC prevails companies like Comcast, Verizon and AT&T will get control over what people can see and do on the internet, with the power to slow down or block websites and charge apps and sites extra fees to reach an audience.

If we lose net neutrality, we could soon face an internet where some of your favorite websites are forced into a slow lane online, while deep-pocketed companies who can afford expensive new “prioritization” fees have special fast lane access to internet users – tilting the playing field in favor of monolithic, established telecom companies.

But on July 12th, the internet will come together to stop this assault. Websites, internet users and online communities will stand tall, and sound the alarm about the FCC’s attack on net neutrality.

The Battle for the Net campaign will provide tools to make it super easy for your friends, family and followers to take action. From the SOPA blackout to the Internet Slowdown, we’ve shown time and time again that when the internet comes together, we can stop censorship and corruption. Now, we have to do it again!