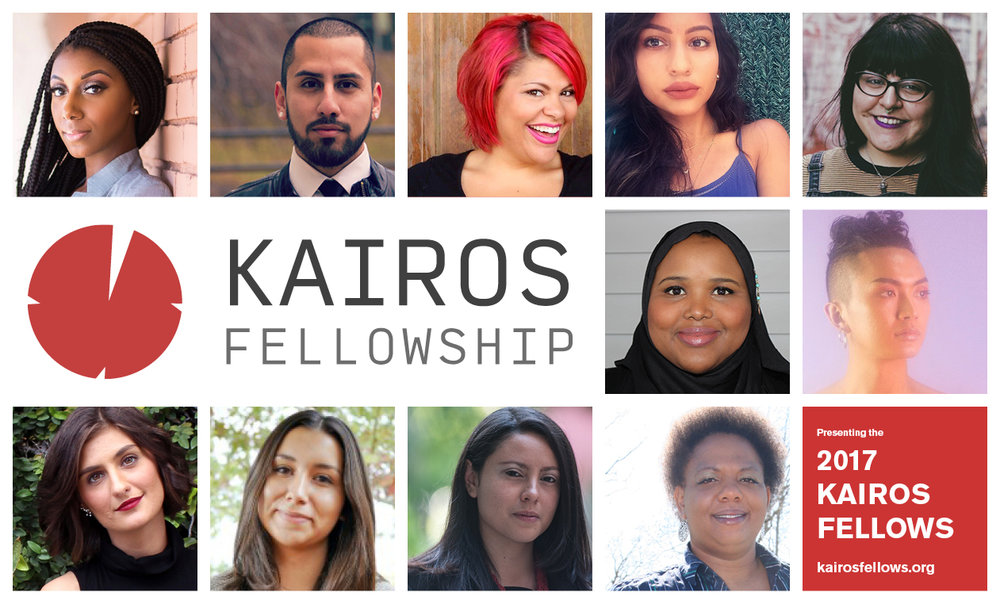 Originally a project of the Citizen Engagement Lab, the Kairos Fellowship is a year-long, on-the-job training program for emerging digital campaigners of color. It is designed to address the racial disparity that exists within the digital movement by pairing robust recruitment with a training and mentorship program that creates a new cohort of tech-savvy campaigners of color. With support from Voqal, Kairos continued to create change for the most marginalized communities through racial equity upgrades for organizations.

Voqal’s support of Kairos helped lead to an incredibly successful year for the Fellowship. It recruited more than 400 applicants, placed 23 Fellows in 19 national digital organizations and launched two successful fellowships. After year one, more than half the inaugural class remains in the digital field, either at their host organization or a partner digital organization. Of those thriving in digital, three have moved from entry level to mid or senior level leadership positions, like Mohammad Khan from MPowerChange (another Voqal grantee), who spoke on multiple panels at Netroots Nation. Some 90 percent of Kairos alumni remain connected to the Kairos network as trainers, mentors or advisory board members.

Kairos is also completing the first quarter of its second cohort, with nine fellows placed in year-long fellowships with eight national digital organizations. Kairos has reported its learnings at conferences, including Personal Democracy Forum 2016, Netroots Nation 2016 and MozFest 2016. Many of the people of color (POC)–led organizations in the first cohort have participated in the second year as leaders, trainers and central members of the Kairos network. In addition, some of the host organizations that participated in 2016 have launched internal programs to promote equity retention and are collaborating more directly with POC-led campaigns.

As a strong believer in the importance of digital technology and organizing to increasing racial and social equity, Voqal is proud to have supported the work of the Kairos Fellowship and looks forward to continued success as it continues to build its network.