Keeping Families Free and Together 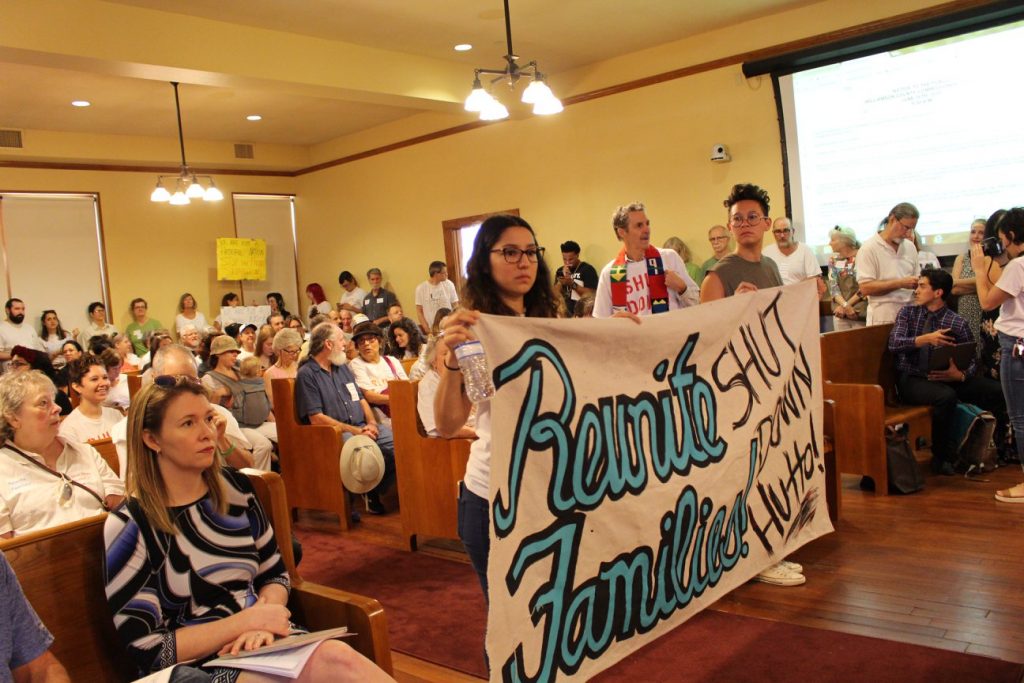 Grassroots Leadership works for a more just society where prison profiteering, mass incarceration, deportation, and criminalization are things of the past. With support from Voqal, Grassroots Leadership amplified the voices of those in detention, worked to halt and prevent the expansion of family detention, and mobilized community power to support those released from detention.

In the wake of the family separation crisis, Grassroots Leadership began the #MothersFightsBack campaign to lift up the voices of mothers in detention, contested the policies fueling family separation, and launched the Deportation Defense and Bond Fund to organize alongside families to ensure swift reunification. The #MothersFightBack campaign — as well as other campaigns implemented to counter immigration detention and harsh immigration enforcement — centered on the leadership of those directly impacted by the detention and deportation machine.

While #MothersFightBack uplifted the leadership of mothers in detention — many of whom have since settled in communities across the country — the Grassroots Leadership immigration team developed an organizing project with six women who settled in Austin following their release from the T. Don Hutto detention center. Members of this group participated in spokespeople trainings and were featured in a three-part Univision series, “Voces del encierro.” They also attended numerous Taylor city council meetings to testify, describing personal experiences of sexual violence, employment violation, and other rights abuses inside T. Don Hutto. And these efforts led to real results for the families involved.

After several mothers were bonded out of T. Don Hutto, they were dealt another blow and told they still couldn’t be reunited with their children, who were being held in shelters in south Texas. One mother, Lesvia, decided she wasn’t leaving Texas without her son. She valiantly traveled with Grassroots Leadership organizers to Brownsville to demand reunification. Her example inspired two other mothers, who were also bonded out of T. Don Hutto, to join her in traveling to the border. For a week, Lesvia courageously spoke with media and congressional offices. Finally, after being told she would have to wait weeks more, she announced that she would camp out all night in front of the shelter for as long as it took. In the face of this threat, authorities quickly reunited Lesvia and her son.

At Voqal, we believe in a socially equitable world. The family separation crisis is a threat to that vision, and we are proud to support organizations like Grassroots Leadership as they continue to fight for the families being directly affected by this shortsighted policy.