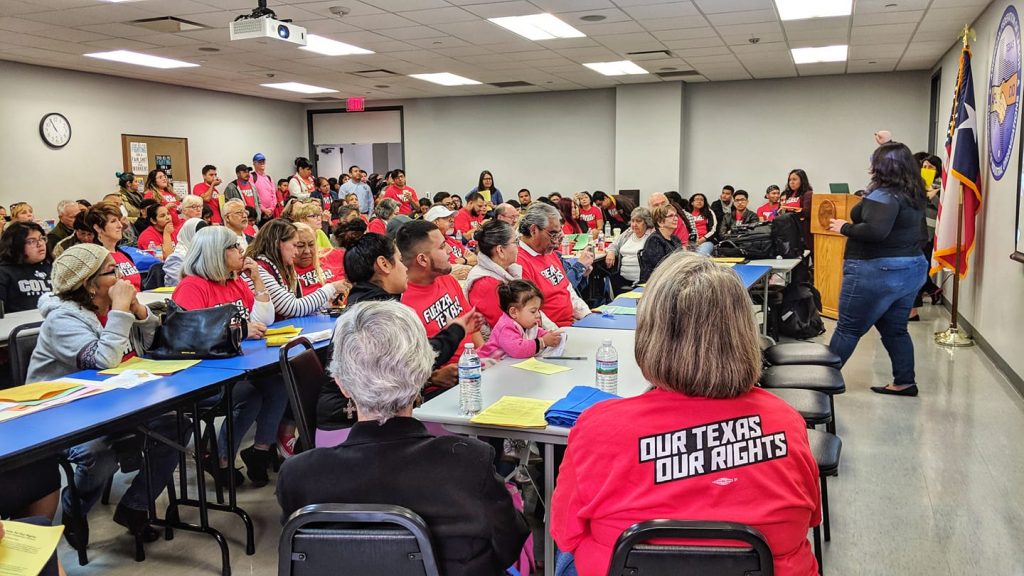 The Workers Defense Project is a membership-based organization that empowers low-income workers to achieve fair employment through education, direct services, organizing, and strategic partnerships. Thanks in part to support from Voqal, the Workers Defense Project successfully carried out its Defending Immigrant Families initiative in several Texas cities including Dallas, Austin, and Houston.

Since her experience with the criminal justice system, Charon has been an outspoken advocate for severing the arrest-to-deportation pipeline. For example, at a rally outside a presidential debate in Houston, she spoke about the need for local policies that prevent unnecessary deportations and prevent law enforcement from discriminating against people of color. Charon also plays a leading role in the Workers Defense Project’s labor rights work. She is one of the countless immigrant construction workers who played a vital role in rebuilding Houston after Hurricane Harvey but was never paid for her work. She builds on this experience to advocate for protections for immigrant workers like her. Thanks to the Workers Defense Project’s deportation defense and leadership development efforts, Charon was not only able to remain in the U.S. but also has become a powerful leader in the fight for justice for immigrant workers across the state.

Voqal strongly believes that achieving true social equity in this country is impossible if immigrant communities are not treated fairly. The work of organizations like the Workers Defense Project to give these communities the voice they need to advocate for their rights is vital to ensure not just immigrants, but all Americans are able to actively participate in our democracy. We are proud to support organizations like the Workers Defense Project and look forward to the more empowered and engaged citizenry that will no doubt result from their continued work.