Mobilizing for Fairer Redistricting in Michigan 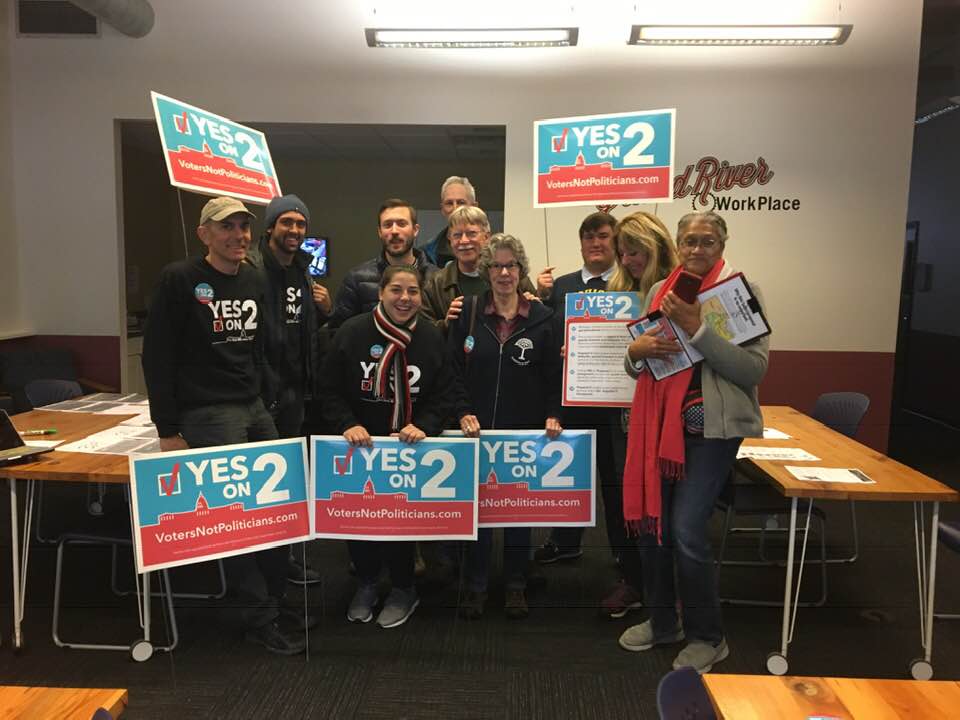 Voters Not Politicians was a nonpartisan, grassroots group that successfully convinced voters to pass Proposal 2 in Michigan during the 2018 election. Proposal 2 is aimed at taking power away from lobbyists, special interests and politicians and putting it in the hands of citizens by creating a fair, impartial and transparent redistricting process. Thanks in part to support from Voqal, Voters Not Politicians was able to mobilize volunteers to encourage hundreds of thousands of voters to support this historic measure.

In a year in which Michigan had a U.S. Senate race, elections for all of its statewide offices and state senate seats, and a handful of competitive U.S. House contests, Voters Not Politicians’ efforts to engage voters stood out as one of the largest and most productive in the state. One of the reasons for this success was the willingness of regular citizens to demonstrate deep civic engagement and their ability to make transformative political change when inspired to build, direct and provide ongoing leadership to a grassroots campaign. Volunteers acted independently, took initiative and delivered results because they were empowered to do so — from the field to fundraising and in every other aspect of the campaign.

Volunteers gathered over 400,000 petition signatures, knocked more than 460,000 doors and engaged Michigan residents at more than 1,000 events in communities across the state. Voqal’s support also helped sustain a highly effective paid media program over the final several weeks of the campaign, which was critical to expanding the number of people who learned about the benefits of the measure. And this extensive outreach paid huge dividends, with 2.5 million Michigan voters – more than 61 percent – coming out to support Proposal 2.

At Voqal, we believe the key to a thriving democracy is an informed, engaged and empowered public. The efforts by Voters Not Politicians to pass Proposal 2 exemplifies these values. We are proud to have supported this successful effort and look forward to the positive effect it will have for Michigan residents.