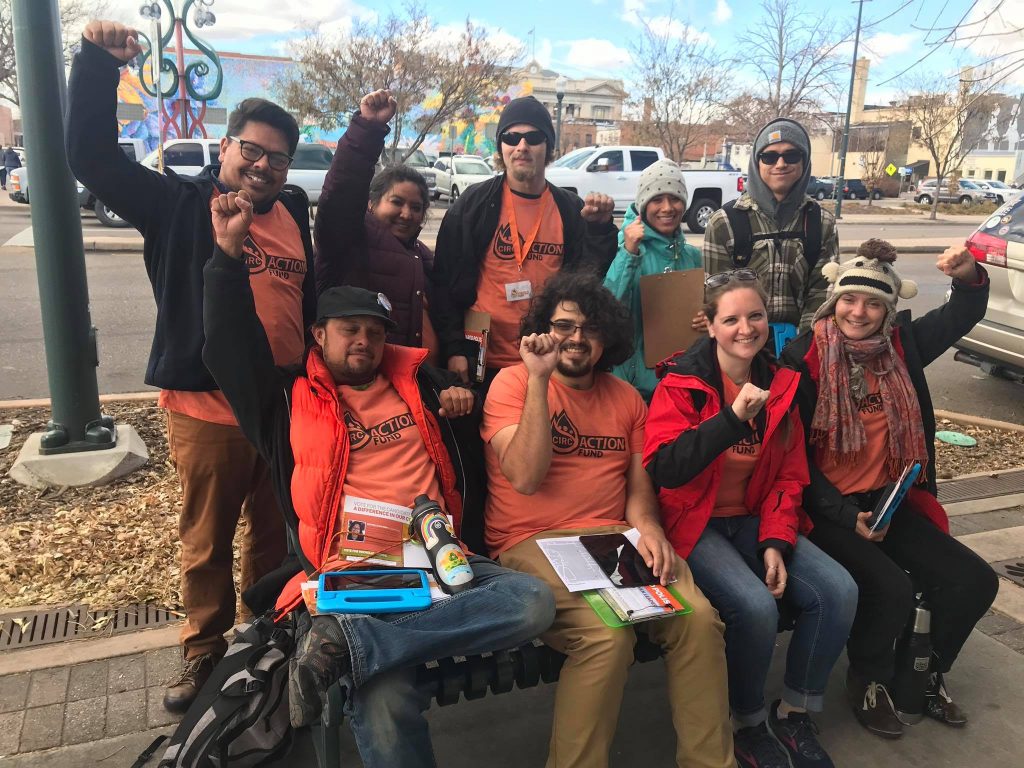 CIRC Action Fund works to build a strong and thriving Colorado where all residents are treated with dignity and respect and have equal access to a fair and just quality of life and the opportunity to live united with family members. It advocates for fair, humane and workable public policies and seeks to increase the civic participation of new Americans. Thanks in part to support from Voqal, CIRC Action Fund successfully mobilized newly registered and infrequent voters of color to help elect progressive and new American candidates in Colorado during the 2018 election.

Thanks in part to CIRC Action Fund’s efforts, Colorado elected a wave of progressive candidates to office. In fact, all three branches of state government are now controlled by elected officials looking to advance a more progressive vision for the state. Furthermore, all 11 of the candidates endorsed by CIRC Action Fund were elected to office, including a former CIRC staff member. None of this would have been possible without the voter engagement work of CIRC Action Fund.

CIRC Action Fund’s and its partner, New American Victory Fund’s, efforts to reach voters through an extensive door-knocking campaign that reached over 38,000 households, led to increased engagement from youth and Latinx voters. In fact, voter turnout among these groups increased by over 3% in Colorado. Of course, none of this would have been possible without the young and Latinx individuals engaged by CIRC Action Fund. Individuals like Karen Orona.

Orona is a student at the University of Colorado Boulder. Both of her parents are undocumented, and her grandfather has faced deportation in the past. In addition, Orona’s mother was able to get a license thanks to SB 251, making the expansion of this legislation personal to Orona.

She started as a canvasser to help elect Faith Winter. Being from the community she was a strong canvasser and spoke to the media to help build a successful narrative that helped Winter win the election.

CIRC Action Fund’s work to engage young and Latinx voters like Orona not only in elections but also in the policymaking process is vital to creating the more socially equitable world envisioned by Voqal. We are proud to have supported this work and look forward to the continued efforts of CIRC Action Fund to give new Americans a voice.