While much of the attention on broadband policy focuses on federal efforts, new research from the Pew Charitable Trusts documents numerous state efforts to close the digital divide. States have come to realize broadband is critical to many aspects of American life, and are stepping up to fill the gaps left by federal policy and programs. The findings of the research were recently announced at a February 11 event in Washington, D.C. You can view the full video of the How to Bridge the Broadband Gap: A Conversation with State Leaders event in the video above. 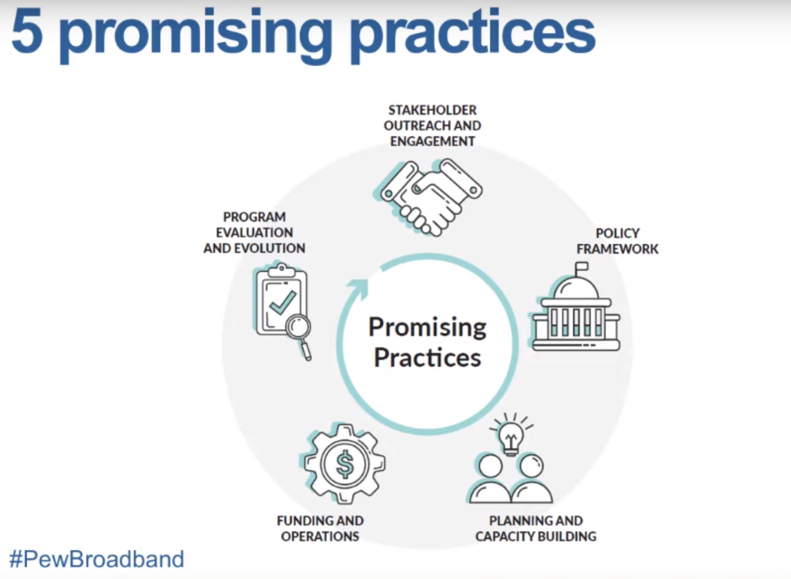 The timing of the research is particularly interesting given the Federal Communications Commission’s January vote to repurpose $20.4 billion in federal subsidy money for a new broadband expansion program. A last-minute change to the final rules will prohibit funds from supporting projects already receiving other state or federal support. Many states expressed deep concerns about the FCC limiting their ability to access these new funds.

Commissioner Geoffrey Starks, who dissented in part on the FCC vote, said:

“Based on my initial research, that means that the nearly 30 states that fund rural broadband through their own programs may find their eligibility reduced or eliminated. These provisions discourage badly needed state-federal partnerships, risk unequal application of the rules between states, and create an unnecessary risk of litigation.”

The research shows that up to 35 states offering state-specific broadband grant and loan programs would be disqualified from the new federal fund.