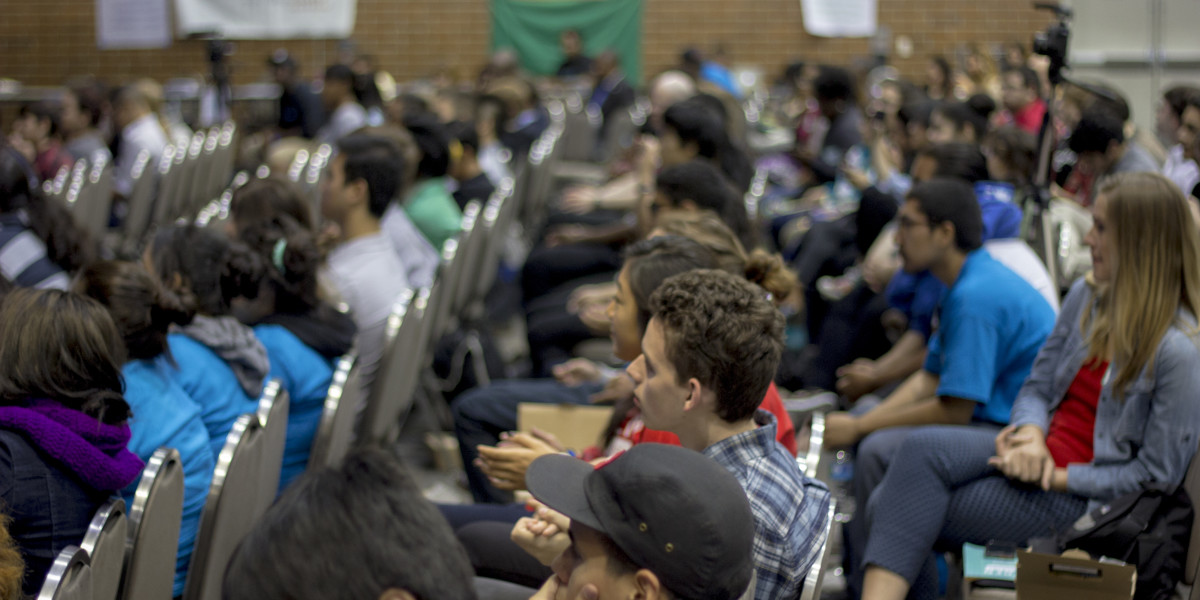 Inspired by the legacy of Franklin and Eleanor Roosevelt, Roosevelt Forward, a project of The Advocacy Fund and a 501 (c)(4) organization, reimagines America as it should be: a place where hard work is rewarded, everyone participates and everyone enjoys a fair share of the country’s collective prosperity. It believes that when the rules work against this vision, it is the citizens’ responsibility to recreate them. With support from Voqal, Roosevelt helped lead the NextGen Illinois coalition in implementing a coordinated plan to strengthen youth civic infrastructure in Chicago and statewide.

In 2017, the NexGen Illinois coalition brought over 150 young people to the state capitol to speak to legislators on the importance of democracy reform. It held two advocacy days where students talked about automatic voter registration, state protections for immigrants and refugees and funding for higher education with legislators like State Senator Pat McGuire and State Representatives Will Guzzardi and Kelly Burke.

Meanwhile, Jacob Basta, a student at Moraine Valley Community College, attended both advocacy days and was inspired to become more civically involved and seek out further trainings. These experiences eventually led him to run for and be elected as the head of Roosevelt’s Moraine Valley chapter.

Roosevelt Forward and the other members of NextGen Illinois exemplify the type of grassroots coalitions aimed at advancing progressive social change vital to creating a more socially equitable world. Voqal is proud to have supported its work to better engage youth and looks forward to the continued success of the coalition as it advances a platform of progressive policies in Chicago and statewide.