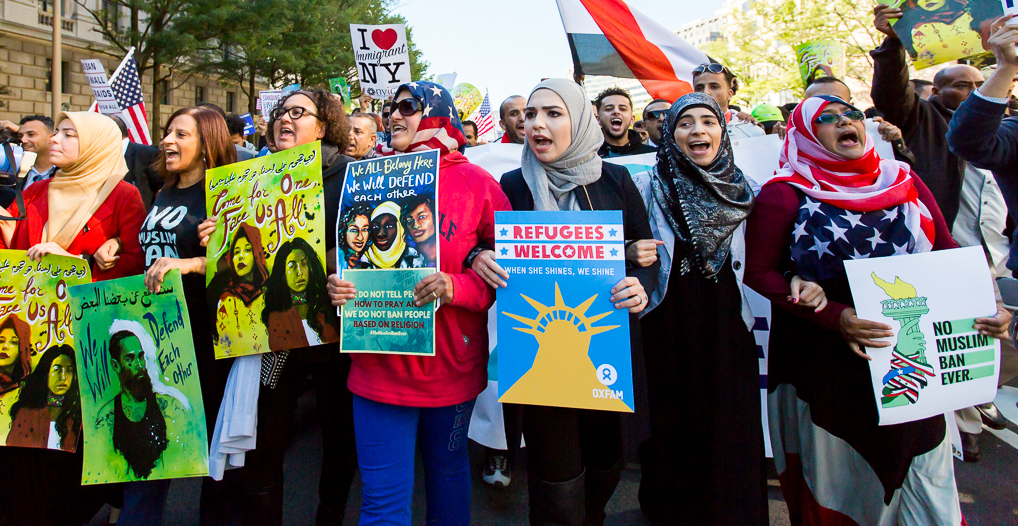 A project of the Proteus Fund, the Security and Rights Collaborative is a collaborative grant-making program that supports a diverse field of organizations working to address profiling, discrimination, hate crimes, anti-Muslim bigotry and xenophobia. It works to build the capacity of organizations representing Muslim, Arab and South Asian (MASA) communities in the United States to protect rights, advance policy reform and shift the narrative around issues at the core of our democracy and society. With support from Voqal, the Proteus Security and Rights Collaborative was able to rapidly deploy the funds and leadership needed to strike back against anti-MASA policies.

This was most apparent during the #NoMuslimBanEver campaign. This campaign brought together philanthropy, field organizations serving MASA communities and others affected by the current presidential administration’s various attempts to block Muslims and refugees from entering the United States. The Security and Rights Collaborative played a central role in the national and regional mobilization efforts surrounding the campaign by coordinating the philanthropic response and providing key monetary and strategic support to national anchor organizations. While the fight is far from over, the #NoMuslimBanEver campaign has demonstrated the strength, resilience and grassroots organizing power of MASA organizations in response to discriminatory and devastating policies.

Furthermore, the #NoMuslimBanEver campaign successfully led to a coordinated nationwide response against the evolving changes to the Muslim ban. Across the country, there were 100 events in 20 cities over the course of five weeks. The National Mobilization effort, led by another Voqal grantee, MPower Change, was a true testament to the nature of the campaign. The program highlighted individuals from the banned countries, who shared their stories of struggle and triumph in the face of the Muslim ban. In total, there were 195 endorsers of the campaign — the sheer number and diversity of organizations led to a truly intersectional movement.

In the sometimes frightening political environment, groups like the Proteus Fund Security and Rights Collaborative are instrumental in ensuring the organizations on the ground have the resources and leadership needed to push back against policies that threaten the rights of underrepresented populations. As a strong supporter of a socially equitable world, Voqal is proud to have contributed to its efforts and looks forward to its continued empowerment of not only the MASA community but all those who are at risk having their voice silenced.