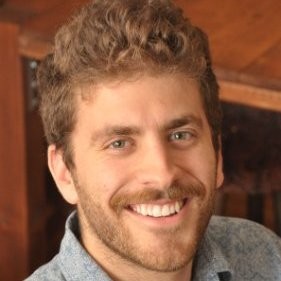 Sam Bonar is a comedic activist, video producer, improviser and citizen lobbyist. He uses innovative advocacy tactics to break through the constant controversy of politics. His main focus is subversively lobbying for unsexy, structural reforms: treating the causes of our political problems instead of the attention-grabbing symptoms. Essentially trying to ‘unsuck’ politics and embrace the new rules of political theater.

Bonar studied physics and improvised theater/comedy in college before moving to DC to intern on Capitol Hill in energy policy. He then got a Real Government Job doing data analysis to go after bad actors in the energy markets. He recently quit in order to fuse comedy and politics. Bonar has 14 years of theater and comedy experience in Chicago, New York, DC and Florida and has been a headliner, teacher and coach at Washington Improv Theater since 2013. He leads classes and trainings for teenage activists, NIH bureaucrats, elementary school students and normal people all over DC. He lives in Edgewood, DC with his plants.

Bonar’s project, Showupia, is a virtual nation built from scratch where you’re in power. It’s a phone game that lets you connect face-to-face and capture politicians like pokemon. 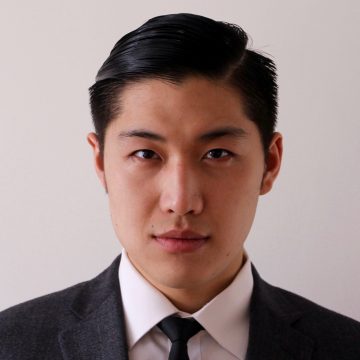 Allister Chang works to expand access to reliable information. Besides being a Voqal Fellow, Chang is an Affiliate at Harvard University’s Berkman-Klein Center for Internet and Society. As Executive Director of Libraries Without Borders from 2014-2019, Chang developed the Ideas Box program, a pop-up multi-media center that won the Google Impact Challenge in 2015.

Chang enjoys figure skating and playing the piano. He has a “Gold Medal” from the US Figure Skating Association and a “Paderewski Medal” from the American College of Musicians. 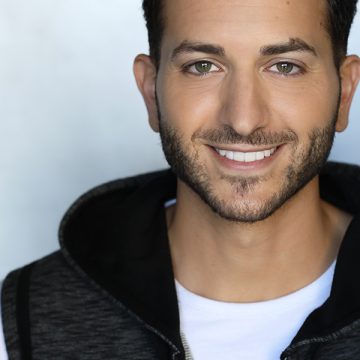 Dr. Ali Imad Fadlallah is a Los Angeles based singer, songwriter, mix engineer, actor and producer signed to Avant Artists as well as his own imprint, Rima Records. Ali is a first generation, Lebanese-American Muslim born in Detroit and raised next door in his hometown of Dearborn, MI. At 18, Ali began pursuing his passions for music, theatre and education when he moved to Minneapolis to complete his Bachelor of Arts in English Literature from the University of Minnesota. His experience as a student in a failing public school system, and the son of a revolutionary public school leader (his father), shaped Ali into a passionate educator who joined the 2009 Teach for America Corps and taught 11th graders in Clarksdale, MS.

In 2011, Ali completed his Masters in Education before relocating to Michigan to pursue music full-time, releasing 2 self-produced projects. In 2013, he moved to Atlanta to earn his MBA from Emory University, before transitioning into the Doctor of Education Leadership (EdLD) Program at Harvard University on a full-ride scholarship. At Harvard, Fadlallah examined the impact of music and popular media on people, eventually leading to his 2017 TED Talk, “Hit Song Science,” which has garnered over 17,000 views. While at Harvard, Fadlallah worked closely with Young Guru (the man behind the legendary sound of Jay-Z), and continued his musical training at the MMMMAVEN school in Boston, as well as at Harvard’s School of ElectroAcoustic Composition.

Fadlallah spent the last year of his doctorate as a full-time resident at Live Nation in Hollywood, CA where he advised its nonprofit subsidiary “Music Forward” on its programs catered toward young artists and aspiring music industry professionals in underserved communities across America. After graduating from Harvard, Fadlallah remained in Los Angeles to pursue music and acting full-time, while serving as a leadership coach to senior leaders and leadership teams across America. In 2018, he attended the SAE Institute of Technology (School of Audio Engineering) and CRE8 Music Academy, where he was trained by Grammy-nominated record producer and engineer Doug Fenske. After early success as an actor, Fadlallah was signed to Avant Artists in late 2018. He is currently preparing new music for release in early 2019 under the alias Ali Imad, his first and middle birth names.

Fadlallah’s project, CleffNotes for New Jim Crow seeks to bring Michelle Alexander’s “The New Jim Crow” to life through the creation of commercial-quality songs. The songs will aim to illuminate the book’s key content to not only widen its reach but also to promote retention of its key facts and garner momentum toward ending mass incarceration. 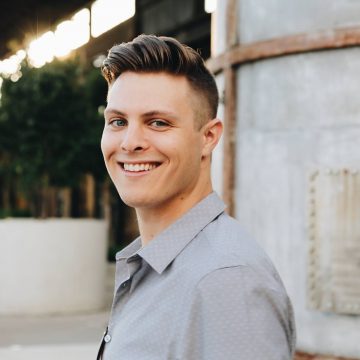 Alec Fischer is an emerging documentary filmmaker, award-winning content creator, and nationally featured LGBTQ+ advocate living in the Midwest. At age 17, he created a short documentary titled “Minnesota Nice?” addressing the rising suicide rates of high school students in Minnesota. The documentary led to legislative changes throughout the state and was screened in schools across the world. As a sophomore in college, Fischer was named a Dalai Lama Fellow for his advocacy work and has since been featured by sites including MTV, Buzzfeed, The Washington Times and USA Today. He continues to use digital storytelling as a catalyst for conversation and change. 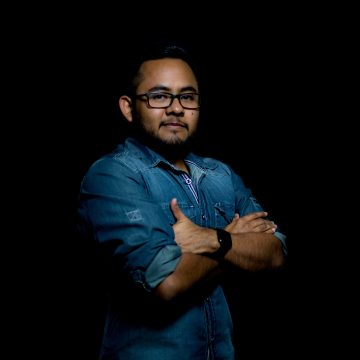 Erick Garcia is a technologist based in Mesa, AZ. He graduated from Arizona State University with a Bachelors in Computer Science in 2011. After becoming DACAmented he chose to stay in the online organizing community because he believes that significant change comes from our communities and its potential to overcome adversities. He serves as Presente.org’s Senior Technologist and on his leisure time helps produce Aliento AZ’s arts and healing podcast.

In 2013 he participated in the Forward DREAMer Hackathon where his team took first place in the storytelling category by hacking a web app game. Undoculife simulated real-life scenarios that undocumented folk have to navigate through their daily life. 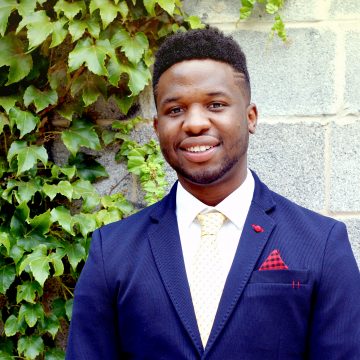 Kevon Paynter is a futuristic thinker, a journalist, and comes to the Voqal Fellowship from a community organizing and solutions reporting background. He is sharply aware that a justice-oriented and financially-viable media system fuels American democracy.

Most recently, as a journalist at Yes! Magazine, Paynter wrote insightful commentary and fact-based reporting about solutions to the country’s most pressing social issues, and he’s bringing this belief about journalism’s role and impact to Bloc by Block.

Paynter’s project, Bloc by Block News, looks to provide individuals a neighborhood news portal and one-stop-shop for the best news sources about their state, county and neighborhood. Paynter envisions reporters meeting communities information needs by producing thoughtful, original, local, utility reporting in areas where trustworthy news has gone missing. Paynter’s pioneering a financial model, a media co-operative, which he believes can save community journalism and help local news ecosystems thrive at a time when they struggle to adapt in the digital age. 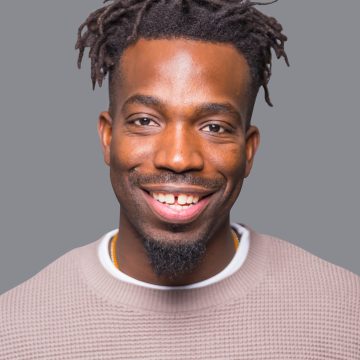 Richard Wallace is a Chicago native and dually an organizer and artist in the fight to end economic violence and anti-Black racism. He is a graduate of Roosevelt University, where he received its prestigious Matthew Freeman Social Justice Award and founded Roosevelt University’s student chapter of the Stop Mass Incarceration Network. He has organized campaigns to end discrimination and exploitation in the temp labor sector and led campaigns to end police violence in Black communities. He also led an inclusive procurement campaign at the Chicago Transit Authority; returning rail car production back to the City of Chicago for the first time in nearly 50 years, producing 175 union jobs for disadvantaged Chicagoans.

His international work is centered in Benin West Africa, where he co-founded the Future of Benin Project, an initiative structured to provide sustainable aid to orphaned youth. As a formerly incarcerated person living in the US, Wallace has fought immense odds to be recognized as an innovator and thought leader in his field.

Wallace’s project, Equity and Transformation (EAT) is an organization that uses an innovative approach to community organizing that harnesses the voices of Chicago’s informal economy to advance social change locally and increase equity for those who are the most excluded politically, economically and socially. 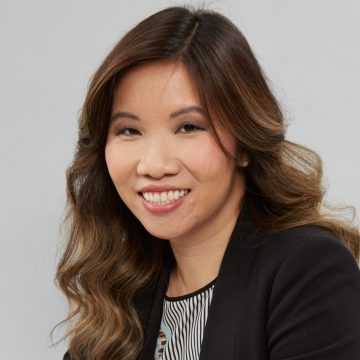 Maria Yuan is the Founder of IssueVoter, a nonpartisan, online platform that offers everyone a voice in our democracy by making civic engagement accessible, impactful and efficient. Individuals use IssueVoter to get alerts about new bills related to issues they care about, send opinions to their representative before Congress votes and track how often s/he represents them. IssueVoter is the only site that offers a truly personalized representative scorecard and has been featured in PBS, Fast Company, Forbes and more.

Yuan’s political experience includes introducing and passing a bill as a constituent, working in a state representative’s office and managing and winning one of the most targeted races in Iowa – an open seat in a swing district. Yuan’s private sector experience includes recruiting, social enterprise, investment banking, strategy and corporate development. Yuan has consulted the San Francisco Conservation Corps, PlaNet Finance, Big Brothers Big Sisters and Urban Outfitters. She has served on the boards of Gibney Dance and The University of Texas Co-op and was a founding member of Friends of the Children NY’s Young Professionals Board.

Yuan has written for publications including The Hill and Huffington Post and has spoken as a keynote speaker and panelist at conferences, schools and companies, including SXSW, TEDx, The Social Innovation Summit, ZenDesk, UBS, Ohio State and NYU. Yuan received a Master of Business Administration from the Wharton School at the University of Pennsylvania and Bachelor of Business Administration from the University of Texas at Austin.