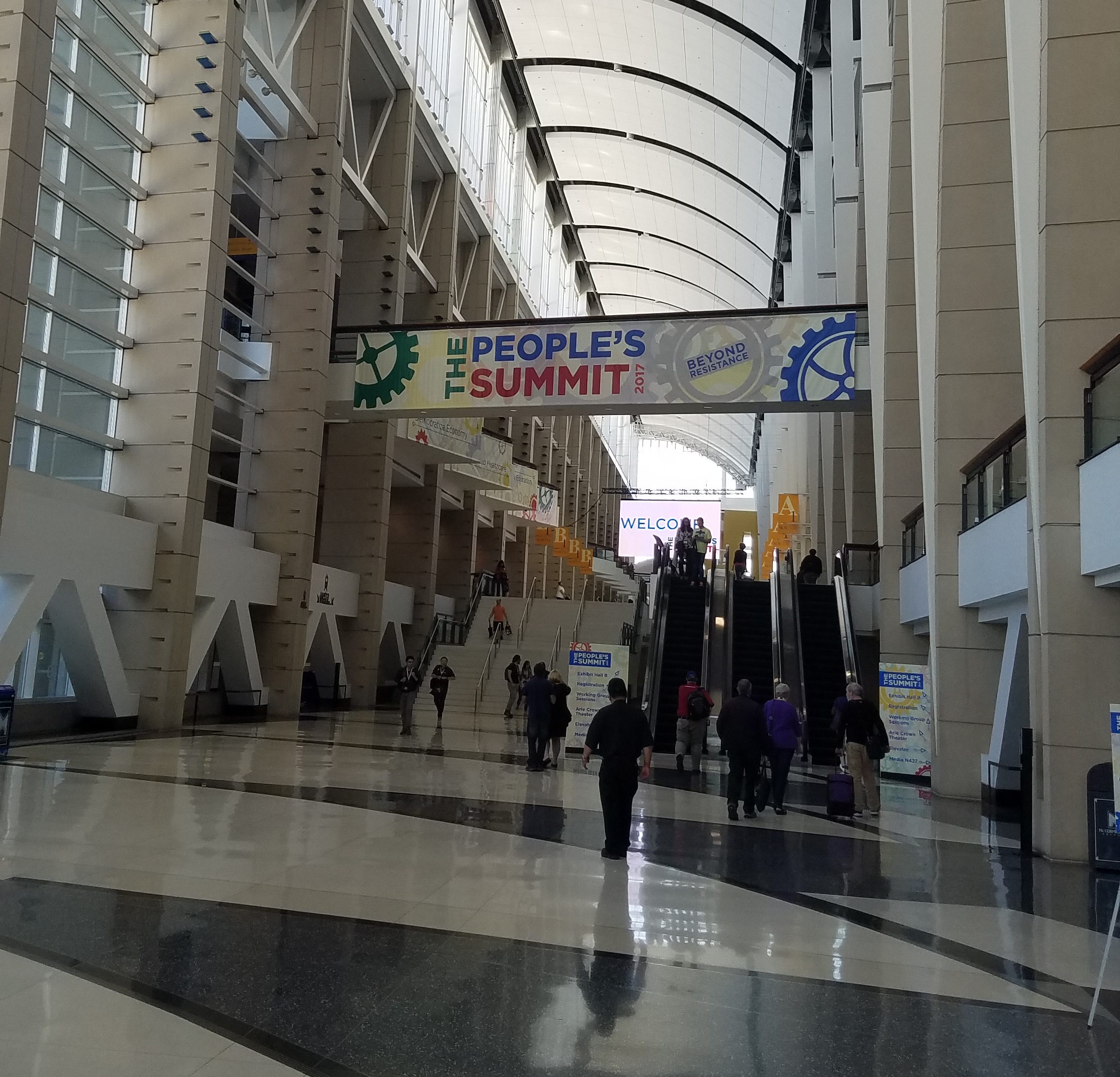 Thousands of progressive individuals and several progressive organizations came together in Chicago this past weekend for The People’s Summit. Billed as an attempt to build a “People’s Agenda that can enhance and expand issue campaigns and hold all elected officials accountable to popular demands for justice, equality and freedom” many topics and strategies for creating a more socially just world through progressive change were shared and discussed. Thanks to a little help from Voqal partners like Reclaim Chicago, we were fortunate to be able to attend the event. While a great deal happened over the weekend, there are several important lessons worth highlighting.

Campaign finance reform is a key issue for the progressive movement
On Saturday, a panel featuring individuals at the forefront of the campaign finance reform movement like Zephyr Teachout, Andre Vazquez from the Chicago Clean Money Campaign and Kai Newkirk from Democracy Spring tackled the topic of getting money out of politics. Speaking to a full room, the panelists gave a great overview of the issue and suggested two ways for tackling the problem: overturning Citizen’s United and state and local work to move towards public financing of elections. Voqal has done a lot of work in this area and is happy to see that the progressive movement continues to focus on this important issue.

Maintaining an open internet is vital to ensuring progressives can continue to push for social change
Another excellent breakout session related directly to Voqal’s work was one that featured Gigi Sohn, California Representative Ro Khanna, Voqal grantee Color of Change’s Brandi Collins, Demand Progress’s David Segal and Marcy Wheeler discussing the need to preserve an open internet. Of particular interest to Voqal, was the overview of the current fight to preserve net neutrality. Based on the information shared by everyone on the panel, it is clear the work of organizations like Color of Change to maintain the neutrality of the internet is necessary if the progressive movement is going to continue to work towards a more socially equitable world.

There is a lot of work to be done
While probably not a revolutionary statement, the fact remains that while the building blocks for real progressive change were provided at the People’s Summit, the build towards a truly socially equitable and just world will take time. Fortunately, based on the excitement and energy we witnessed this past weekend it looks like there is a strong coalition of individuals and organizations working towards this goal. Voqal is a proud member of this movement for change and looks forward to seeing great strides towards progress in the coming year.