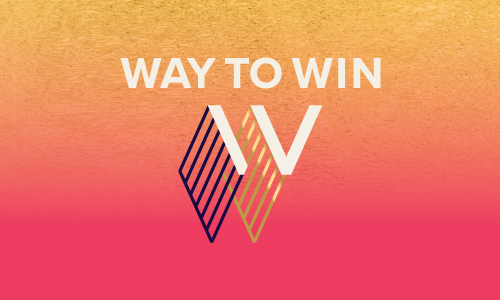 Founded in 2017, Way to Win is a resource and strategy hub seeking a new approach to progressive political funding that wins elections, advances transformative policy and builds lasting power. Earlier this week (December 2 – 4), Voqal grantee Way to Win hosted The Way Forward conference in order to celebrate its 2018 progressive electoral victories while also planning for the future work needed to advance progressive policies in the coming years.

The event kicked off on Sunday, with an inspiring speech from recently elected U.S. Representative Lauren Underwood where she emphasized the importance of grassroots organizing to building progressive power across the country. The evening concluded with an insightful panel featuring Cliff Albright, LaTosha Brown, Desmond Meade and Sheena Meade where they discussed the important work to engage traditionally disenfranchised communities of color across the south during the 2018 election and how that engagement helped dramatically increase turnout among these communities leading to, among other things, the successful effort to return the right to vote to reformed felons in Florida.

The second day of the conference began with an opening keynote from the founder of Fair Fight Georgia, Stacey Abrams, where she emphasized the importance of working towards creating a fair and accountable election process across the country. Following this inspiring speech, Way to Win staff shared how its partners utilized on-the-ground community organizing to win big in places like Minnesota, Arizona and Florida. Following this great summary of Way to Win’s 2018 electoral work, was an excellent panel from the organizations who made the success possible. It was especially exciting to hear about the successful progressive organizing of Voqal grantees TakeAction MN and LUCHA Arizona during the 2018 midterms.

The second half of the day kept the momentum going with an excellent session on the way forward for continued progressive success in 2019 and 2020. Current and former Voqal grantees were once again front and center as Color of Change and Demos both shared their thoughts on what progressive organizations need to do to build on the successes of the 2018 midterm election. A special emphasis was placed on the need to not only build towards winning in future elections but also ensuring those elected are advocates for the progressive policies their constituents support. This panel was followed up by several working sessions focused on identifying opportunities for engagement in progressive campaigns over the next two years.

The final day of the conference featured vibrant small group discussions focused on taking everything that was learned over the previous two days of the conference and beginning to develop potential plans of action. After some very productive conversations, things ended on high note with a rousing closing keynote from the co-chair of Poor People’s Campaign, Dr. William J. Barber II, where he emphasized the importance of focusing on the right kind of morality when considering public policy.

The work of Way to Win to advance progressive values is vital to passing the kinds of policies needed to create a more socially equitable world. Voqal is excited to have had the opportunity to attend this convening and looks forward to the positive effect it will no doubt have on the progressive movement in the coming years.