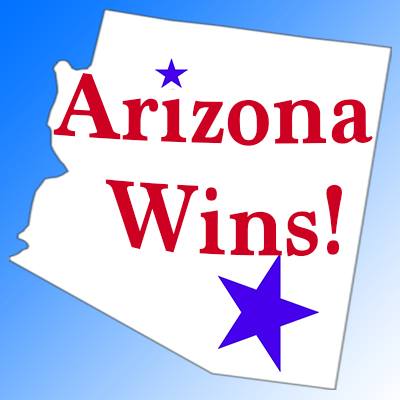 Arizona Wins is a coalition of nonprofits dedicated to achieving public policies that benefit working families and advancing an inclusive, engaged, just and equitable state for all Arizonans. With support from Voqal, Arizona Wins was able to defeat an effort by the Arizona state legislature to undermine the independent redistricting commission that was created through direct democracy.

The President of the Senate Steve Yarbrough dubbed the passage of SCR1034 as one of his legacy issues, as he was termed out and did not plan to return to the legislature the following year. SCR1034 would have undermined the will of voters and made it more difficult to ensure a fair map drawing process. In fact, it would have allowed the state legislature to completely sidestep the independent commission’s work. Fortunately, Arizona Wins was able to prevent this detrimental effort from succeeding through on the ground organizing.

Arizona Wins used an extensive grassroots strategy to raise public awareness of this bill and put pressure on key legislators, including the two Republicans that ultimately declined to support it. Most notably, coalition members LUCHA Arizona, Mi Familia Vota, Central Arizonans for a Sustainable Economy (CASE), and Our Voice Our Vote participated in door knocking and in-person events to support this campaign. Together they knocked over 10,000 doors in key districts with a redistricting message where they were able to ask over 2,000 voters to call their legislators about this bill. In addition, Arizona Wins was able to fill committee rooms with activists and supporters on four separate occasions. And these efforts paid off.

One of the deciding votes in defeating the bill, Senator Brophy McGee, indicated that the vote against it was a vote “to keep my word,” adding she heard “so much” about the bill when she voted to get it out of the Senate and “none of it good, from my constituents.”

The work of Arizona Wins shows the power an engaged and empowered citizenry has to create a more fair and representative democracy. Voqal is proud to have supported this successful effort and looks forward to continued efforts by Arizona Wins to ensure Arizona continues to move toward a becoming a more just and equitable state for all.