Reflecting on the United States Education System in 2020 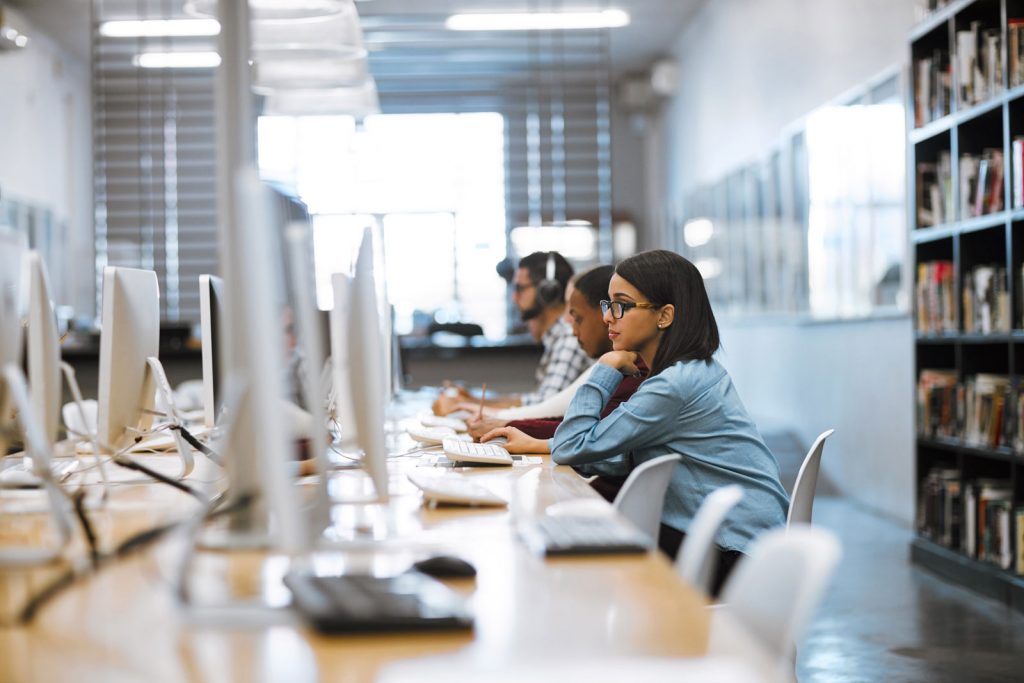 Below, Voqal education program director, Vinny Badolato reflects on the current state of the U.S. education system and systemic issues he believes will need to be addressed in the near future.

The coronavirus crisis is impacting all aspects of our lives, and there is a ton being written on what this means for our social structures. This goes for not only how the crisis is currently impacting education and schools, but also the prognosticating of how this crisis will affect the near future of the U.S. education system. As a shift from the current trend, I want to take a look at the state and direction of the education system three months earlier, on January 1, 2020. While the system will have to deal with many immediate implications from this crisis once we “get back to normal,” these observations will remain extremely relevant and, I believe, will be heavily exposed once we return to normalcy.

After several decades of incremental, yet collectively drastic changes to the public education system to inject a more market-based reform approach to expectations, delivery, and academic outcomes, there is an increasingly growing pushback that recognizes that these approaches have not worked as promised. The cacophony of disapproval to market-based reforms has always existed, but several developments over the last decade or so have begun to organize these discordant voices into a more melodic opposition chorus.

Economic inequality driven by unfettered neoliberal capitalism has not been solved by neoliberal education reforms, such as privatization/charters, test-based accountability, and pay for performance. Decades of these reforms have done little to improve educational opportunity for historically underserved individuals and groups and, I believe, have actually done more harm than good. And while the momentum is still on the side of these market-based reforms, it is readily apparent that the pendulum is beginning to swing back the other direction toward a more progressive, democratic public education system.

What we’ve seen happen over the last 30+ years of market-based reforms is a shift toward a transactional form of education, especially for historically underserved populations. This transactional nature has permeated throughout the entire system, specifically in urban school systems, from how budgets are developed, and funds distributed all the way down to how teaching and learning occur in the classroom. Education, which is one of the most complex and important endeavors for ensuring human flourishing, has been distilled down to logic models and spreadsheets. This is especially true in regard to serving historically underserved children, with inputs, outputs, and desired outcomes based on a transactional business philosophy and econometric models.

And for all the money, time, and energy spent on building this transactional system, we’ve only seen marginal (and that’s being gracious) improvements for underserved populations in the transactional, test-based outcomes model that is the coin of the realm in the modern education system. In terms of human flourishing, which is what we really should be seeking as an outcome in education, we’ve seen a massive decline in outcomes as evident from the rampant and expanding inequality in the United States. There are always exceptions to the rule and outliers that are held up to prove that the system is working, but by and large, this has been a foolhardy experiment.

This isn’t the case, however, when we examine the academic and human flourishing outcomes at schools and districts that serve children from affluent and dominant cultural backgrounds. It is much less about transactional education and much more about relational education in these schools. This is no surprise. It’s relational engagement that really matters when it comes to deep learning and human flourishing. Rather than the mere short-termism that drives transactional education, relational education is built on enrichment, trust, connectivity, and relationships. It’s about developing social capital along with academic capital. Discovering and valuing experience and what a child brings into the classroom through holistic, whole-child approaches rather than rote learning and demand-driven “career training.” It’s about bringing parents, guardians, and engaged citizens into the classroom and the broader educational system, which is the core of our democratic system of decision-making.

And it’s especially not about nickel and diming every aspect of the teaching and learning experience for historically underserved children, but rather about developing and applying deep-pocketed budgets so those underserved students have at least — and ideally more — resources for teaching and learning than their peers from affluent and dominant cultures. It is this type of education system and philosophy — one that is already the norm for children from affluent or culturally dominant backgrounds — that is going to make a significant impact on the educational opportunity gap.

When the viral dust settles — and it will — we will have to address these deep systemic flaws and many others that have been eroding our education system up to point when schools began closing a few weeks ago. I am concerned that the inevitable education budget crises that will follow with the return to normalcy will exacerbate these issues, much like during the post-Great Recession period. Future posts from me will look at this and talk about some ways Voqal intends to engage in these issues.

Learn more about Vinny’s work on our investing for educational impact page.