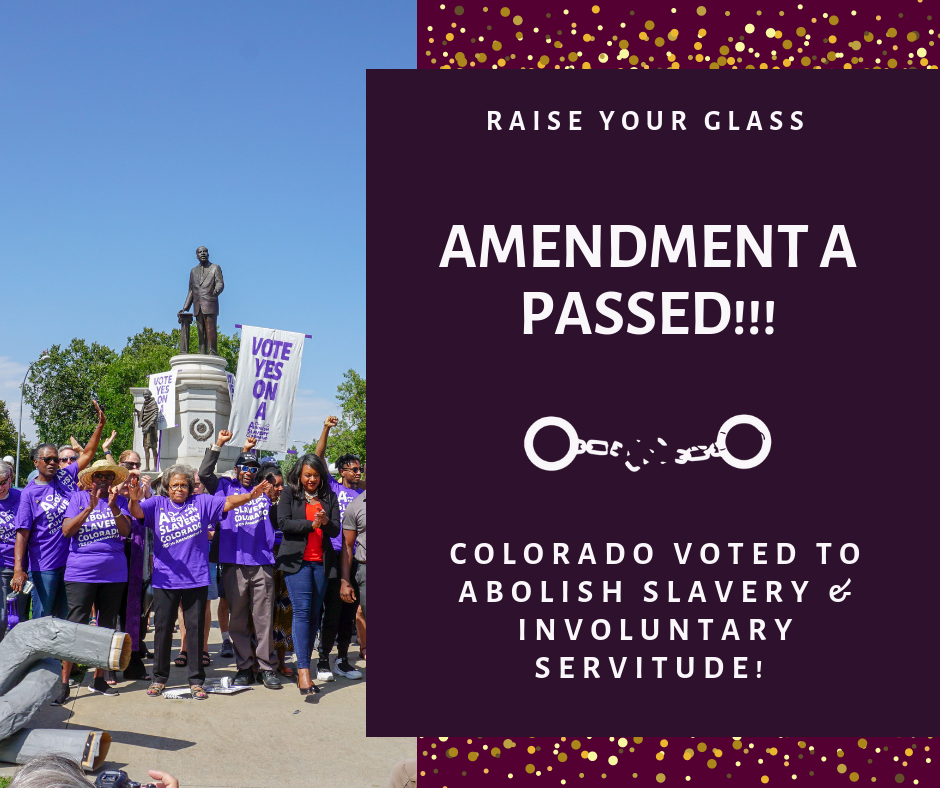 Abolish Slavery Colorado was a diverse, grassroots, multi-faith and bipartisan coalition of Colorado organizations and individuals fighting for human dignity and justice by removing slavery from the Colorado Constitution. Thanks in part to support from Voqal, it was successful in passing a ballot measure during the 2018 elections that abolished slavery and involuntary servitude as a punishment for a crime from the state constitution.

Voqal’s support enabled Abolish Slavery Colorado to embark on a sophisticated digital and on-the-ground organizing campaign that led to an overwhelming victory for the ballot measure, with over 66% of voters voting to remove slavery from the constitution.

The importance of this victory can be summed up by the African American leaders of the effort who testified and spoke about the measure:

“Many people have said that this measure was simply symbolic or maybe even questioned, with all of the other important issues of our times, why this measure mattered and why taking out old, antiquated language was that important or necessary.

Having language that still allowed for people, in cases of involuntary servitude, to be enslaved in Colorado, and having that language embedded in the founding moral and legal document that constitutes Colorado, was a stain upon the state and an explicit reinforcement of policies, laws, practices and narratives that hold up white supremacy in all its forms.

A truly socially equitable world is not possible when government documents and institutions continue to perpetuate the discriminatory and racist practices of the past. Voqal is proud to have helped contribute to this victory for equal rights and look forward to the brighter future for Colorado it will create.