Sanctuary Restaurants: A Place at the Table for Everyone 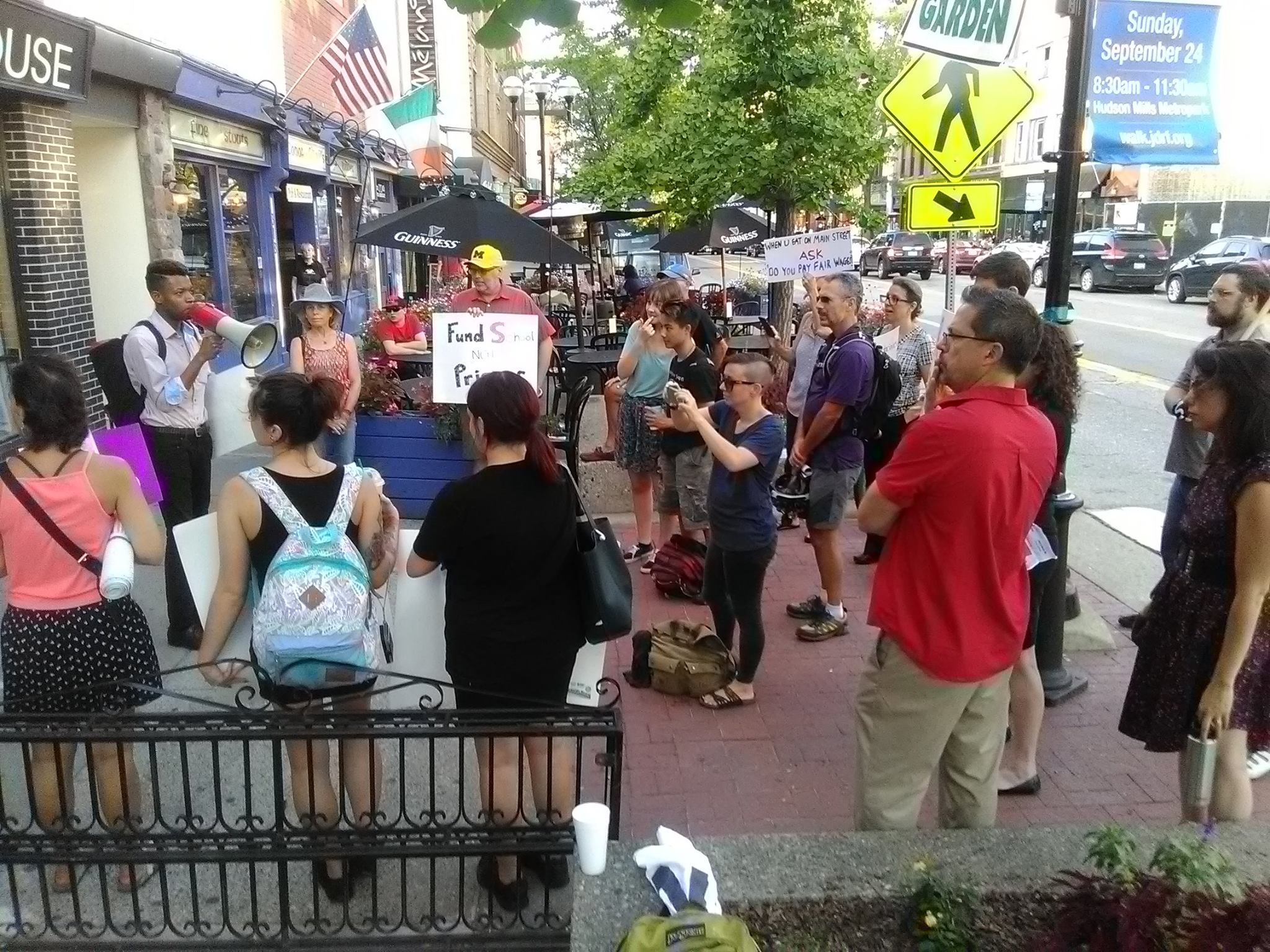 Presente is a powerful and growing Latinx political force advancing social justice with technology, media and culture. It advances Latinx power and creates winning campaigns that amplify Latinx voices; expands political imagination and traditional boundaries; and fosters inspiration for freedom, equity and justice. Thanks to support from Voqal, and in partnership with ROC United, it has grown a network of Sanctuary Restaurants dedicated to providing workplaces free of discrimination and anti-immigrant policies.

Since launching the campaign, the Sanctuary Restaurants network has grown rapidly. It currently has nearly 500 restaurant employers who have joined the network as well as more than 12,000 diners and 500+ restaurant workers active in the campaign. While growing this network is an accomplishment, without the right level of engagement, the impact on society would be minimal. Fortunately, the coalition of Presente and ROC United have been busy leveraging this network to accomplish real change.

In areas like Los Angeles, it has supported rapid response efforts with local Sanctuary Restaurant partners to develop resources on immigration-related threats. In addition, it led an effort to recognize immigrant’s contributions as working people by encouraging Sanctuary Restaurants to give their employees the day off on International Workers’ Day. On the consumer side, Presente and RoC United partnered with Spendrise, an organization founded by former Voqal Fellow Eric Shih, to create a Sanctuary Restaurants campaign aimed at getting individuals to support Sanctuary Restaurants and improved workplace policies.

The Sanctuary Restaurants project has strengthened Presente’s ability to both defend workers from attacks and push back against the targeting of the industry by national elected officials. As audits and unfair labor practices have increased, the Sanctuary Restaurants network has ensured its network is well-positioned to assist workers, defending them from punitive measures like deportation. These efforts are advancing the coalition towards a goal of establishing Sanctuary Restaurants as community centers and hubs to nourish the growing movement against xenophobia, sexism and discrimination in the United States.

As one of the earliest supporters of the project, Voqal’s support enabled Presente and its partners to scale up the project rapidly in the face of a quickly evolving and frightening political context for restaurant workers. As strong believers of a socially equitable and just world we are proud to have supported this effort at empowering immigrant restaurant workers through the education and engagement of consumers, employers and workers.