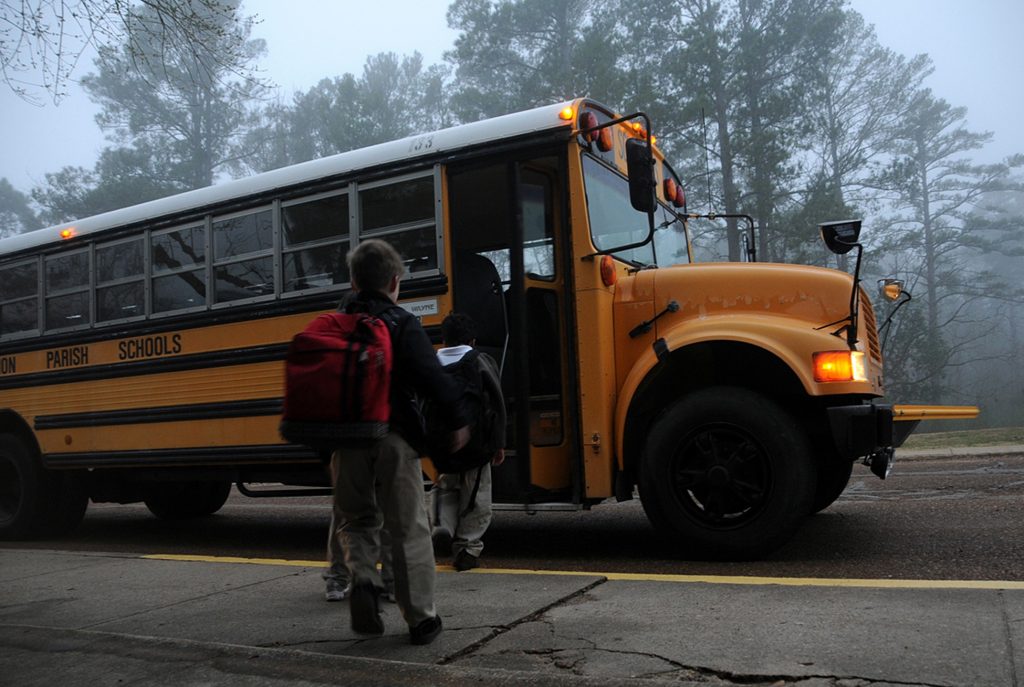 Last week, EducationSuperHighway declared “mission accomplished” with regard to the K-12 connectivity gap. It is important to understand exactly what they are claiming.

The key takeaway for Voqal is that because the E-Rate modernization of 2014 has been so successful, 99% of schools have been able to connect to fiber and meet the shorter-term goal of minimum connectivity for students on campus. In addition, the FCC allowing for Wi-Fi routers and other internal equipment has helped schools meet this goal. But as more bandwidth is available at schools, more teachers are assigning digital assignments that require an internet connection. Many schools have moved away from paper books to digital books and online-only learning materials.

Schools can and should pursue the use of digital materials because students need these skills to succeed. School connectivity is obviously very vital for students to complete this work. But the bigger issue now is about the number of students who cannot connect off-campus, otherwise known as the Homework Gap. That’s the equity crisis we face today as a society. Kids who are connected have a significant advantage. Those who are not are more likely to underachieve.

How many students face this gap? In 2009, the FCC found that “7 in 10 teachers today assign homework that requires an internet connection,” yet according to the 2019 Broadband Deployment Report, only 60.2% of U.S. households subscribe to broadband speeds of 25/3 Mbps. Where these numbers overlap is the Homework Gap, a term coined by FCC Commissioner Jessica Rosenworcel. 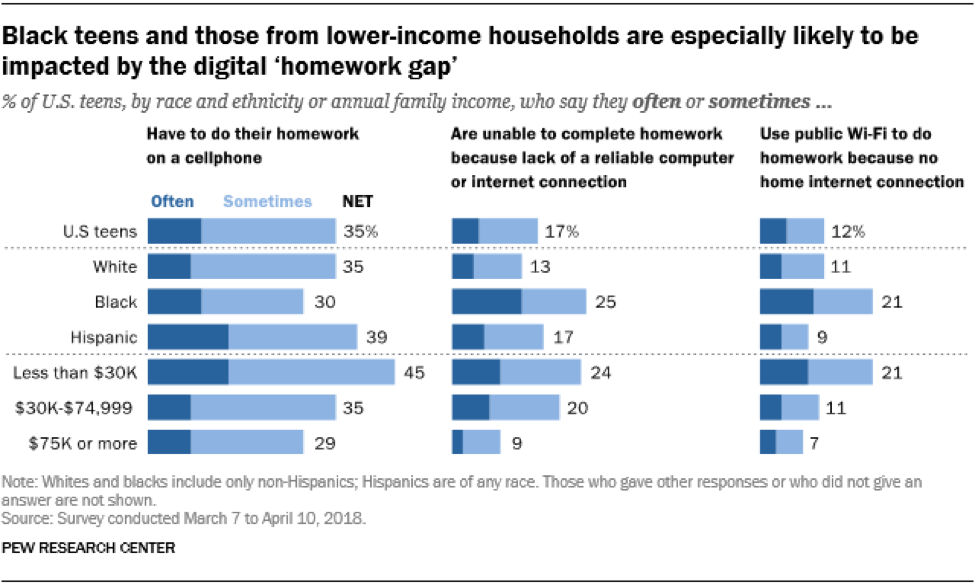 The Pew Research Center recently published its own research predicting the Homework Gap affects about one out of five or 20% of all teens. The Homework Gap hits poor and black families the hardest. As Pew notes, “One-quarter of black teens say they are at least sometimes unable to complete their homework due to a lack of digital access, including 13% who say this happens to them often. Just 4% of white teens and 6% of Hispanic teens say this often happens to them.” And 24% of teens whose annual family income is less than $30,000 say the lack of a dependable computer or internet connection often or sometimes prohibits them from finishing their homework.

Keep in mind, the FCC report is a decade old. If 7 in 10 teachers assigned homework in 2009, it is reasonable to expect that number to be higher today. As mentioned above, the EducationSuperHighway report suggests at least 85% are using it in classrooms. A new report may also help uncover what percentage of teachers may not be assigning it because they know some students lack connectivity off-campus.

The FCC should seriously consider a targeted rulemaking to close the Homework Gap. At the very least, the FCC should conduct a new study to understand how big the gap is today. With plenty of evidence to know this is a real problem, real solutions are needed. There are plenty of good ideas to pursue. First, the FCC could modify E-Rate to make school bus connectivity eligible for subsidies. Not only do school buses serve students with long commutes and those in extracurricular activities, but some districts have also found success parking buses overnight in low-income neighborhoods to provide additional connectivity. Hotspot programs through schools and libraries could also help. The FCC should allow schools to use E-Rate money to pursue these programs. Finally, stopping the assault on Lifeline and helping families with students to use Lifeline to access existing low-income offers could be a big solution. Lifeline subsidies of $9.25 per month could cover a handful of existing low-income offers.

While Mobile Citizen, a project of Voqal, works hard to address this issue by providing low-cost mobile internet hotspots to schools, it is clear a more systemic solution is needed to fully address the problem. The Homework Gap is a solvable challenge that could be addressed in short order, but only if federal officials show a commitment to closing the most intolerable part of the digital divide.