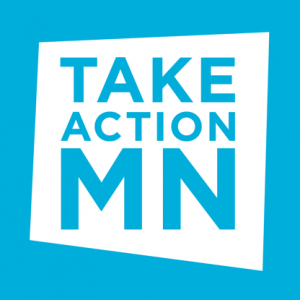 TakeAction Minnesota is a statewide network of people working to realize racial and economic equity across Minnesota. It does this by connecting people and organizations to each other, turning someone’s individual desire for change – to pass a more progressive policy or law, to improve an institution, or to change a harmful idea or perception – into the broad public action that makes change happen where it wasn’t possible going it alone. Thanks to support from Voqal, TakeAction was able to use digital tools like Facebook, Twitter and Tumblr to build power in communities of color. By leveraging this power, TakeAction was able to achieve real progressive change in Duluth and St. Paul.

TakeAction successfully increased its own and its members’ digital organizing capacity in several ways. It reached 25,000 people through online campaigns, released a video on sick time that reached 50,000 people and engaged 24,000 people over email. In addition, utilizing a variety of digital platforms, over 50 of its members shared personal stories related to TakeAction’s work. Furthermore, by working together to develop digital capacity, two of TakeAction’s partners Neighborhoods Organizing for Change (NOC) and the Service Employees International Union (SEIU) ran bigger and bolder digital campaigns that enabled them to take significant steps forward in new media capacity. These efforts helped to further empower an array of diverse voices in Minnesota.

Thanks to the efforts of TakeAction, two important progressive victories were accomplished. First, all of the candidates endorsed by the organization in Duluth and St. Paul won their elections. Second, and perhaps most impressive, thanks in part to these efforts over 123,000 workers in Minneapolis won paid sick and safe time. This landmark policy victory will ensure employees in Minneapolis are able to take six days of paid sick time each year without being penalized for it. These victories are only the beginning of a larger progressive framework for change that TakeAction was able to build with its increased digital organizing capacity. Voqal is proud to have provided the funding to help make this possible and looks forward to the future positive social change that will result from TakeAction and its partners’ work to promote greater equity across Minnesota.